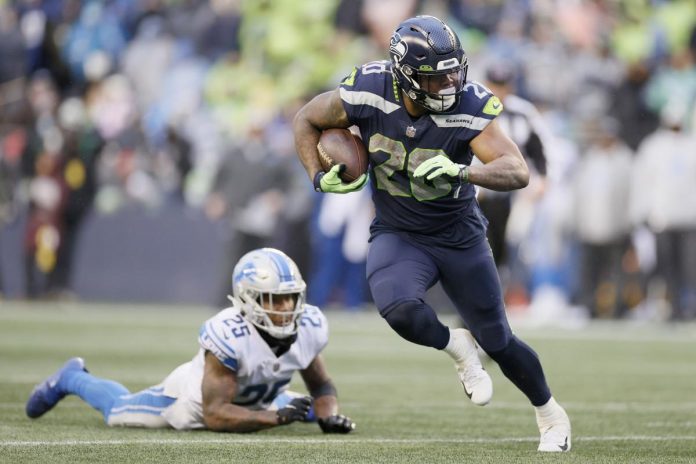 Seven runners are competing for a spot on the Seattle Seahawks roster this season. But a positive test for one player of them may open up a chance for the rest.

According to Seahawks insider Bob Condotta of The Seattle Times, aspiring runner Rashaad Penny tested positive for COVID-19. According to the report, he has mild symptoms.

Due to injuries, Penny played only 11 games in 2021 and 37 games in four seasons. But last year was still the best of his career, as he rushed 119 times for 749 yards and six touchdowns, leading the league with 6.3 yards per carry.

However, Penny doesn’t have much experience with the Seahawks offense right now. DJ Dallas and Travis Homer are the only runners who participated in the Seahawks’ offense last season.

Dallas and Homer both participated in limited action in 2021, while Josh Johnson was limited to special teams duties.

Darwin Thompson is a veteran with many years of experience with the Kansas City Chiefs. Kenneth Walker III and Ronnie Rivers are both rookies: Walker joined as a second-round draft pick out of Michigan State, and Rivers completed a historic season at Fresno State.

Will Rashaad Penny return to the team by the start of the regular season?