Spanish automaker Seat takes action to manufacture breathing apparatus. A respirator will be produced using windscreen wiper motors. Seat Leon Hatchback is normally produced at the Martorell factory near Barcelona. However, the car production ceased and the insufficient number of respiratory equipment needed by the world caused this decision to be taken.

Seat fitness device will be produced at the Leon Hatchback factory!
A team of Seat engineers developed 13 different prototypes before final design approval. Patricia Such, the director of health and safety, said that such ninety percent of the material used for the manufacture of breathing apparatus is used in car production. Nearly 80 parts, such as windshield wiper motors, transmission shafts and gears, were assembled for the breathing apparatus.

SEAT stated that they are currently in the testing phase with Spanish healthcare professionals for mass production. SEAT Martorell factory officials said in a statement, “The only motivation of the team involved in this project is to use knowledge to save people’s lives”.

More than 150 personnel will be involved in the production of respiratory equipment designed as a result of the cooperation with Protofy.XYZ company.

SEAT is not the only automaker to produce medical equipment due to Corona virus. Ford, PSA group and GM are also working together to develop respirators while producing face masks for healthcare workers. In addition, Lamborghini started to produce face masks and 3D protectors. 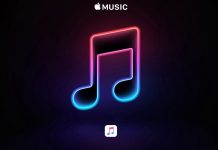