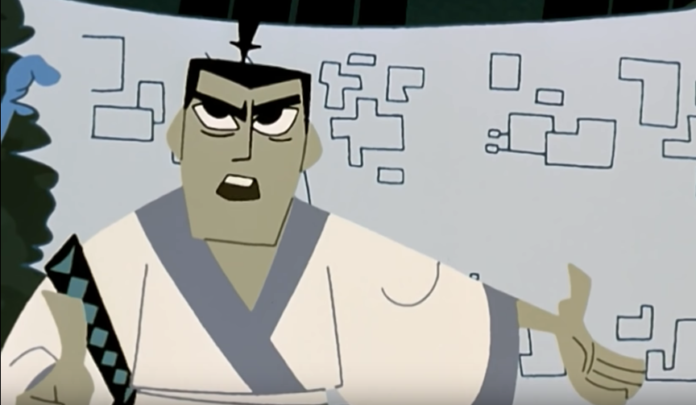 Cartoon Network’s cartoon channel Adult Swim presented the Samurai Jack animated cartoon series produced by animator Genndy Tartakovsky to its followers on its website for free. Membership is not required to watch the series.

The Samurai Jack animated series takes its name from the character of the Japanese Prince Samurai Jack, who is a great warrior, helpful and at the same time brave. The series, which aired on Cartoon Network between 2001-2004, is now free. All 5 episodes of the series were shared free of charge via Adult Swim.

There is a magic sword used by Jack in the cartoon series, and the only thing that can destroy Aku is that sword. Aku is a cruel and unreliable personality in his role in animation, he keeps no promises. Its only purpose is to prevent Jack from returning to the past.

The sections of Samurai Jack can be accessed for free:
The fifth and last season of Samurai Jack started airing on Adult Swim’s Toonami program line on March 11, 2017. As each episode begins, Aku says: “I was Aku, the shapeshifting lord of darkness, a terrible devil that was released. A fool samurai warrior who used a magic sword tried to resist me. I opened a door in time and sent it to the future where my evil spirit prevailed. ”

Genndy Tartakovsky, the producer of the 62-episode series, was inspired by the artistic sources. The series was designed similar to a Japanese epic. Samurai Jack quotes from old martial arts and samurai movies and 1970s action movies. Tartakovsky handles some thematic inspiration from Cartoonist Frank Miller’s comic book series Ronin.

Hitman 3 reveals its list of trophies and finally has platinum!