Home Celebrity You season 3: Penn Badgley (Joe) denies a theory about the neighbor! 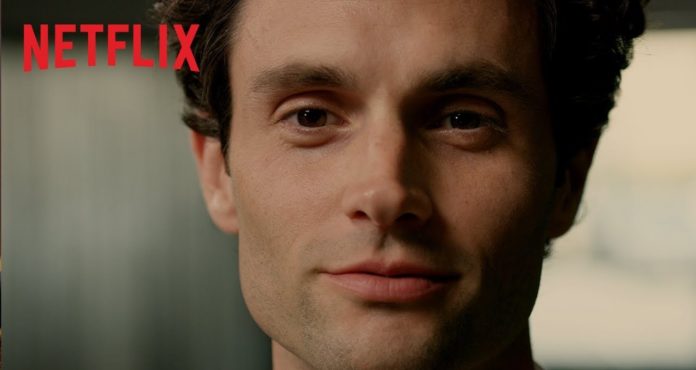 Recently, fans of You could see season 2. Fans think they know the identity of the mysterious woman and Penn Badgley says more.

Season 2 of You has been available for several weeks on Netflix. Penn Badgley denied a rumor about the mysterious woman before the arrival of season 3. Attention, the article contains spoilers!

Joe made his comeback in season 2 of You. The bookseller left New York to settle in Los Angeles. Thus, he thought he could escape his demons and make a new life for himself. Nevertheless, Joe met Love Quinn and fell in love with her. The latter has committed several murders during this season but he did not think he would fall on stronger than him.

Indeed, Love Quinn is not as innocent as you think in You. Indeed, she killed several people and she seems to have managed to manipulate Joe. In the season 2 finale, fans find out that Love is pregnant. So, they choose to move in together, but a mysterious neighbor seems to intrigue everyone. So fans have a theory about it. Many believe that the neighbor is none other than Joe’s mother. However, the actor ended the rumor.

YOU: IS THE NEW NEIGHBOR THE JOE’S MOTHER?
The mysterious neighbor is embodied by Magda Apanowicz and the fans will get to know her a little more in season 3 of You. Indeed, Netflix has already renewed the series for ten new episodes and they should arrive in 2021. In the meantime, Penn Badgley who plays Joe seems to be attentive to what is happening on the net. Thus, the actor denied the rumor concerning the mysterious girl. “It is definitely not his mother. I can tell you. ” he said in Bustle.

Thus, the new neighbor of Joe would not be his mother and the fans will have to wait for season 3 of You to find out more. In any case, this character is already giving fans a hard time and everyone hopes to know more soon. The neighbor could very well be an ex of Joe who is not yet known to the public. Or she could be a brand new character who has nothing to do with the serial killer’s past.

Christopher Nolan is impatient for the series on ‘MacGruber’: “The world...