Home Entertainment Season 3 of The Witcher 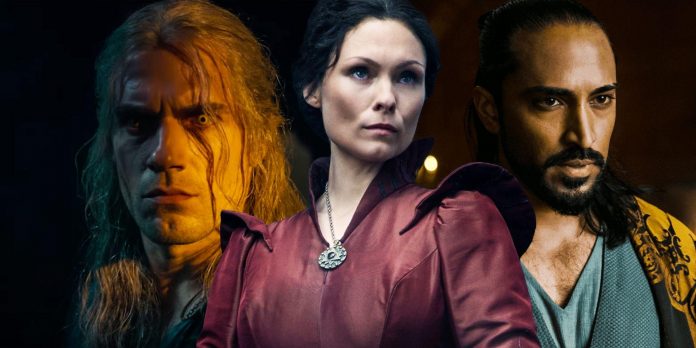 Season 3 of The Witcher is currently being filmed, and although the plot details are still unknown, photos from the filming show an important battle that will lead to the death of one of the main characters. One of the most popular worlds in the fantasy genre is The Witcher, created by Polish writer Andrzej Sapkowski. “The Witcher” is a series of novels and short stories that received worldwide recognition after their adaptation to video games, and after the film and TV series were shot in Poland, they received an English—language adaptation thanks to Netflix.

“The Witcher” debuted on Netflix in December 2019 and quickly became a hit. He stood out because he talked about three characters in different places and at different times, and their paths converged at the end of the season: Geralt from Rivia (Henry Cavill), Yennefer from Vengerberg (Anya Chalotra) and Ciri (Freya Allan). In the second season, a linear narrative was chosen, and Ciri studied at Kaer Morhen, while Geralt did everything possible to protect her from everyone who was looking for her, including Yennefer, although at the end of the season it was she who saved Ciri from Volet Meir. The Princess of Cintra has found new enemies in the second season of The Witcher among elves and magicians, including those closest to Yennefer.

The universe of The Witcher is very vast and rich, and the series already features various characters from the books, mostly the closest to the main characters. Some of these characters gained great power in the second season of The Witcher, for example, Tissaya de Vries (MayAnna Behring), Arethusa’s retrix and mentor Yennefer, and Vilgefortz from Roggeveen (Mahesh Jadu), a powerful magician and a member of the Brotherhood. sorcerers. Vilgefortz is one of the most important characters in The Witcher, as well as one of the most memorable villains, and he is often considered the most powerful character in the universe. Geralt, which, in turn, leads to the death of the main character: Tissai.

In the novel The Time of Contempt, Geralt, Ciri and Yennefer travel to the island of Thanedd, where Geralt meets various interesting characters at a Conclave of Great Magicians, including Vilgefortz. The magician suggests that Geralt can train to become an even more powerful magician, and tries to convince the witcher to join the Nilfgaardian traitors, but Geralt rejects the offer due to his political neutrality. The next morning, Geralt stumbles upon an attempted coup, which becomes more complicated as more betrayals surface, and Vilgefortz confronts Geralt in the Tower of Gulls, where he repeats his offer to join the traitors. Vilgefortz eventually defeats Geralt, almost killing him, and the witcher is later found by Triss Merigold, who, with the help of Tissai, teleports Geralt from the island. During the coup, Tissaya freed the Nilfgaardian traitors, among the same Vilgeforts, so that they could fight on equal terms, and realizing this big mistake, Tissaya commits suicide after helping Geralt and Triss escape.

The footage from season 3 of The Witcher shows the battle between Vilgefortz and Geralt, which corresponds to where the series leads after the events of season 2, but this major battle also teases the death of Tissai, which will undoubtedly have severe emotional consequences. impact on Yennefer. The third season of The Witcher promises to be not only action-packed, but also very emotional and shocking, in which there may be complex storylines (like between Ciri and the White Flame) and important losses.

The only supernatural episode in which Dean Winchester is not (and...