Home Entertainment Season 3 of “The Witcher” Set of Photos shows Henry Cavill in... 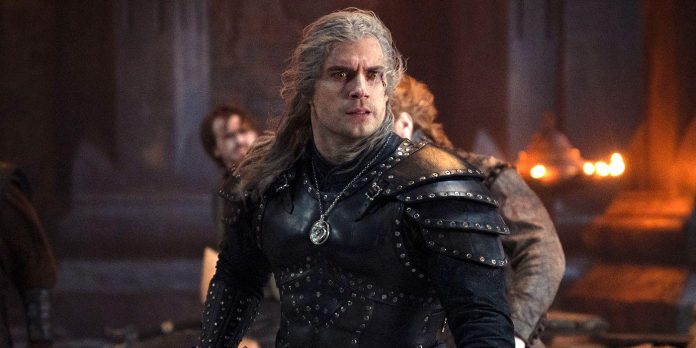 Warning: SPOILERS ahead of the Witcher novels and possibly the third season.

Geralt’s main fight from the books seems to be recreated in a new photo from the third season of The Witcher. The Netflix series is based on the novel of the same name by Andrzej Sapkowski, which centers on Geralt of Rivia, the monster hunter of the same name, traveling through the medieval world known as the Continent and fighting with many creatures. Geralt also learns that his fate is intertwined with the fate of Princess Ciri from Cintra and the sorceress Yennefer from Vengerberg.

Henry Cavill leads the cast of The Witcher as Geralt along with Anya Chalotra as Yennefer, Freya Allen as Ciri, Eamon Farren, Joey Batey, Mayanna Behring, Mimi M. Hayisa, Anna Shaffer, Mahesh Jadu, Tom Canton and Kim Bodnia as Vesemir. The series proved itself well by critics during the first two seasons and became a ratings hit, spawning a franchise on the streaming platform, including the animated spin-off “The Witcher: The Wolf’s Nightmare” and the upcoming mini-series prequel Blood Origin, as well as season 3 of the main series. Filming of the third season of The Witcher began in April, and now fans of the series are getting exciting information about the next chapter of the show.

Link: Explanation of each member of Wild Hunt (the Witcher’s powers and future)

As the production of the next chapter of the popular Netflix series continues, Redanian Intelligence has shared a new photo from the set of the third season of The Witcher. The image shows Geralt on the beach fighting Vilgefortz, indicating a recreation of a major battle from the original novels.

The photo from the third season of The Witcher seems to point to a recreation of the battle of Geralt and Vilgefortz from Sapkovsky’s novel The Time of Contempt, where the sorcerer from Roggeveen tried to convince the Witcher to join what he considers the victorious side in the war between Nilfgaard and Nilfgaard. The Northern kingdoms. Geralt, well known for remaining neutral in most political conflicts, refused Vilgefortz’s offer and fought a sorcerer to help protect Ciri in her escape attempts, while Geralt memorably suffered his first major defeat in the novels and was seriously injured. Geralt barely survived this collision and was saved by Triss Merigold and Tissaia de Vries, who committed suicide after realizing the error of their actions by helping Vilgefortz.

Given that most of season 2 of The Witcher adapted the events of The Time of Contempt, it seems likely that the main battle of Geralt and Vilgefortz will get a proper re-creation in season 3 of the Netflix series. Since the novel’s storyline also shows Ciri coming to terms with her abilities by deciding to give them all up together, in season three, a tantalizing photo of a further adaptation of The Time of Contempt hints at exciting new arcs for Geralt and Ciri in the upcoming season. While viewers are waiting for further details about the third season of The Witcher, they can already watch the first two seasons on Netflix.

Dragon Ball Super, Chapter 75 Now Available: How To Read it...