Home Celebrity You season 3: the new episodes will be released this year! 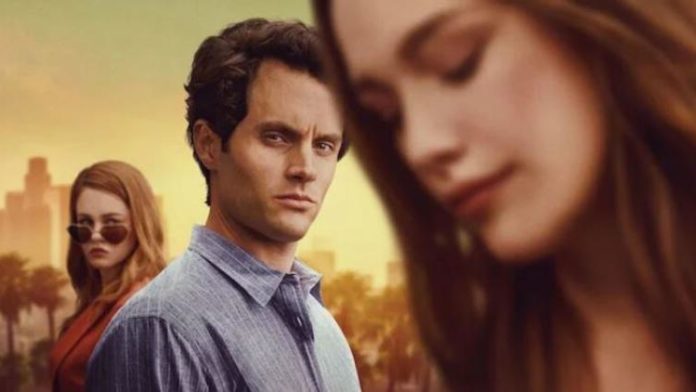 Recently, fans of You could see season 2. Netflix plans to broadcast season 3 very soon and fans may be delighted!

Season 2 of You arrived several months ago on Netflix. Joe has not finished telling his story and he should be back very soon for a season 3. Warning, the article contains spoilers!

On December 26, Netflix released season 2 of You online. In the new season, Joe moves to Los Angeles to flee his demons. Besides, the bookseller promises not to fall in love again in order to avoid killing people. However, he quickly met Love Quinn and the two characters got closer. However, fans had to wait for the finale to find out the truth about Love.

Love Quinn hid his game well in season 2 of You. Indeed, she seemed to be a funny and endearing young woman. However, she did kill several people and even managed to manipulate Joe. Now that she’s pregnant, fans can’t wait to see the rest of the series. We’re all wondering how Joe’s going to deal with Love and everyone wants to know the identity of the mysterious neighbor.

YOU: THE NEXT SEASON WILL COME VERY SOON!
Thankfully, You fans won’t have to wait too long to see Season 3 of You. Indeed, Netflix has just teased the upcoming arrival of the new season. “You season 3, soon.” Can be read on Instagram. In addition, the channel’s account posted a small video for the arrival of the new episodes. However, at the moment, we don’t know the exact broadcast date of the series.

So fans of You are not going to wait a year to find out what will happen to Joe in season 3. Besides, many fans are already reacting to this news and they are very happy. Season 2 seems to have convinced viewers and Netflix has every intention of continuing with the series. As a result, the series still has many good years ahead of it and Joe has not said his last word against Love Quinn.

Meghan Markle and Harry: their move to the United States turns...