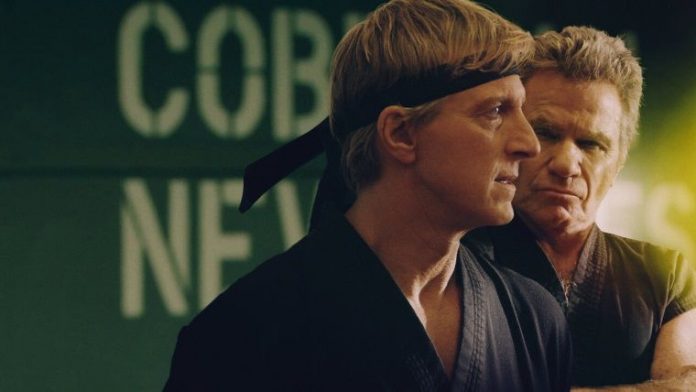 With the start of 2021, Netflix has presented the third season of the series “Cobra Kai”. We tell you some details!

Cobra Kai never dies. Set more than 30 years after the original film “Karate Kid,” the third season of its sequel series premiered on Netflix this Friday.

The rivalry between the pair has seeped into their karate schools, Daniel’s Miyagi-Do and Johnny’s Cobra Kai, and this season it resumes after a big fight between their teenage students in high school.

The aftermath of the fight, including the potentially fatal fall of Miguel (Xolo Maridueña) seized a second-floor railing is center stage, as is the growing chasm between the two groups of young martial artists.

“It’s a little stressful in a way because obviously there are these guys who have been the two main people in the franchise for the last 30 years,” Bertrand said.

He added: “To be just a part of him, to be in the world and to be a part of the ‘Karate Kid’ universe … We are absolutely thrilled.”

The animosity is reinforced by the growing involvement of Kreese (Martin Kove), Johnny’s former sensei, and leader Cobra Kai. With his authoritarian control over children, peace seems impossible.

The surprises of Cobra Kai season 3

The teen drama, complete with young love and bullies, could take the show. But “Cobra Kai” has found a way to mix children and adults.

As the youngsters fight, Johnny spirals out of control, blaming himself for Miguel’s injury and the disappearance of his son, who left after the school fight.

See Also
The truth behind Hawk's hair color according to fans

Daniel fights to save his car dealership and travels to Okinawa, where he reconnects with ex-girlfriend Kumiko, played by Tamlyn Tomita, reprising his role from “Karate Kid 2”, as well as his nemesis Chozen (Yuji Okumoto).

The trick to “Cobra Kai” is to balance its audiences: longtime “Karate Kid” fans and new viewers who stumbled upon the sequel series.

“Season 1 is about establishing the characters, season 2 you make them and make them more three-dimensional,” Maridueña told The News, “and season 3, I think, is really the season that the creators finally had the opportunity, in advance, to do whatever they wanted. ”

The first two seasons of “Cobra Kai” aired on YouTube Premium, a little-known streaming service with few headline titles in its library.

But in June, when YouTube moved away from scripted content, Netflix picked up the two existing seasons and its upcoming third. Brian Wright, Netflix’s vice president of originals, praised the “heart” of the show.

“It was very exciting when the first season came out and the audience that sought us out and found us was happy with everything we did. It was like, ‘Damn, those are the people we really needed to impress. That’s the first group of people that keeps this show going, the ‘Karate Kid’ fans, ”said Mary Mouser, who plays Daniel’s daughter Sam.

“We did that. We do that. Now that this has moved to Netflix, this is the second birth of this show and it’s fun to see how widespread it can be, “she revealed.