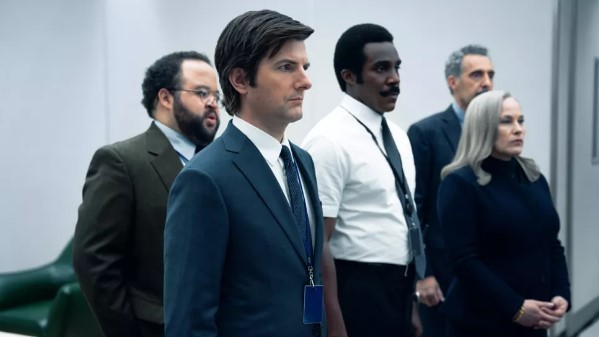 Number of goats in the second season: to be specified.

Filming has begun on the second season of Ben Stiller‘s workplace satire Severance, and anyone who has experienced the brutal cliffhanger that ended the first season of one of the best new shows of 2022 should understand how great it is. Apple TV+ has also announced a number of additions to its second season, which makes sense, especially if this next offering delves deeper into the lives of Lumon employees’ Outies. Some celebrities will join the fun waffle party, including Game of Thrones alumni Gwendoline Christie and John Noble from Fringe.

It’s unclear what roles these actors will play, and whether they will be part of the Lumon family or people from the outside, but if I don’t get a scene with John Turturro, Christopher Walken and Bob Balaban, I may rebel. As the Innies learn a bit about their life outside the office at the end of the first season, it’s possible that some of these new characters may be related to MDR employees.

According to the streamer, other figures from the first season will return in the next chapter. Among them are Patricia Arquette, Dichen Lachman, Jen Tullock, Tramell Tillman, Michael Chernus and Christopher Walken.

Severance was nominated for 14 Emmy Awards this year, taking home trophies for Outstanding Main Title Design and Outstanding Musical Composition for a Series (Original Dramatic Score). The story revolves around Lumon Industries, a mysterious company with a billion-dollar turnover and seemingly iconic trends. In particular, he requires his employees to undergo a controversial procedure that completely turns off the brain, not allowing the employee to remember anything about his personal life, and vice versa.

The first season was full of creepy twists, culminating in complete chaos after the Innies discovered that it was possible to wake up their working characters outside the walls of Lumon. Interested in the lives and families their Outies came home to every night, they put in place an “Overtime Protocol” when the season ended with a cliffhanger, which led to some pretty wild fan theories. (Goats! Waffle parties! Scary numbers!)

Executive producer and director Ben Stiller celebrated the start of filming for the second season by shrewdly reminding on Instagram that we all decided to be here:

We still have time before we can really see the continuation of the drama series’ story and find out if they answer any questions that we hope the second season will answer. In the meantime, you can review the first season with an Apple TV+ subscription and watch series that Severance fans might like.

Bitcoin officially recognized as a legal financial instrument in Germany