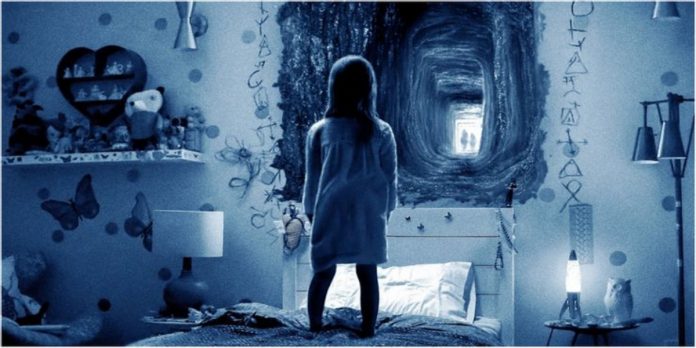 Paranormal Activity, one of the iconic series of horror cinema, is getting ready to appear once again with its seventh link. Paranormal Activity 7, whose vision date has been postponed due to the epidemic, will be directed by Will Eubank.

Will Eubank will direct Paranormal Activity 7

Paranormal Activity, signed by Blumhouse Production, received great acclaim with its first film in 2007. Inspired by the Blair Witch legend, the production was about a family that recorded the supernatural events they experienced with the security cameras they installed in their homes.

We’ve watched a total of six movies in the Paranormal Activity universe so far. Four of them belonged to the main series. The remaining two appeared as spin-offs (The Marked Ones and The Ghost Dimension).

Paramount Pictures and Blumhouse Production announced in June 2019 that they started working on the movie Paranormal Activity 7. The initial release date for the film is March 9, 2021. But the coronavirus outbreak that broke out caused the film to be postponed to a later time.

According to The Hollywood Reporter’s (THR) report, the director wanted for Paranormal Activity 7 was finally found. The seventh link in the cult horror series will be the signature of William Eubank, director of the 2020 film Underwater.

No details of the plot have yet been revealed, but the movie is said to be treated differently. Oren Peli, creator of the iconic universe, and Blumhouse founder Jason Blum and Steven Schneider will sit as the producer. The script will be written by Christopher Landon, who signed the four films in the series.

Paranormal Activity 7 will meet with the audience on March 4, 2022.