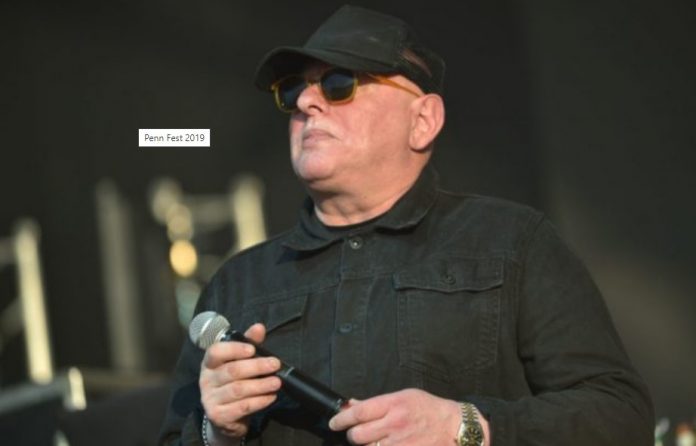 Sean Ryder shared the details of his first live solo performance in 11 years, and all the money raised that evening went to Mind, a mental health charity.

The “Happy Mondays” star will play a charity concert in his hometown at Manchester’s Factory 251 on October 7 with the support of the club evening and the record company This Feeling, including a performance by Creation Records founder and former Oasis manager Alan McGee, as well as other “surprises” promised for the concert. evening.

“I’m really looking forward to my first solo show in 11 years,” Ryder said in a statement. “It will be great to play some songs from my album “Visits From Future Technology” live.”

Originally recorded in Los Angeles in 2010, McGee invited Ryder to return to the sessions, which led to its release in 2021 with re-recorded vocals and additional help from producer Sunny Levine.

Describing last year’s album—its follow—up to 2003’s “Amateur Night In The Big Top” – Ryder said: “In my delusional brain with ADHD, this is my “Sgt. Pepper’ [Beatles] is full of songs with different tastes.”

Ryder, who was the bassist of Happy Mondays and the brother of frontman Sean, died earlier that month at the age of 58.

Posting the news on social media, the group wrote: “The Ryder family and the Happy Mondays band members are deeply saddened and shocked to learn that Paul Ryder passed away this morning. A true pioneer and legend. He will always be missed.”

Sean also said about the EP, “This special edition of ‘Tart Tart’ showcases the unique musical talent of our brother Paul Ryder, who has passed away from this world… we’ll all miss you, Horse.

“He brought funk and rock and roll to Happy Mondays… love you, R, baby.”

Who is Neil Master from Hallmark Channel? 5 Things to Know...