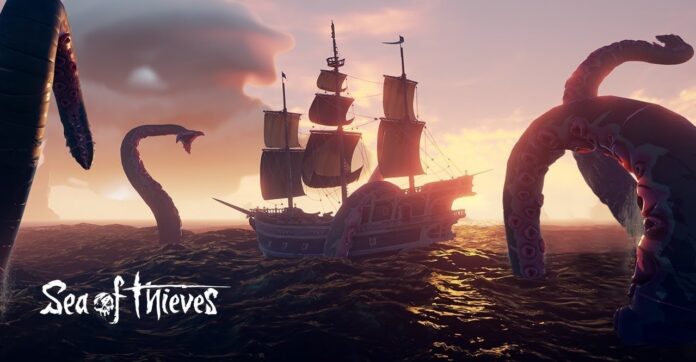 The action adventure video game Sea of ​​Thieves, which was launched for the first time in 2016, is now available on Steam. The steady increase in the game’s number of concurrent players on Steam suggests Microsoft made the right decision.

Since Sea of ​​Thieves arrived on Steam on June 3, a steady increase in the number of simultaneous players has been observed. Microsoft is getting warmer to the idea of ​​moving some of its first generation games to other platforms. With the latest game Sea of ​​Thieves, we have seen that a few more games are heading towards Switch and Steam. If it is the right decision, it is understood from the increase in the number of simultaneous players since the game was released in the popular PC store.

According to Beinji-Sales, Sea of ​​Thieves, an action adventure video game developed by Rare and published by Microsoft Studios, has increased by nearly 20,000 in Steam in the past 7 days. To give the exact numbers, the number of players, which was 41,110 on June 7, rose to 59,404 on June 13. Beinji-Sales tweeted showing the numbers that change day by day.

The strategy implemented seems to be quite correct for Microsoft. Just like in Sea of ​​Thieves, the shooter video game Halo franchise’s sales increase on Steam is very successful. The game only sold more than 2 million copies on the Steam platform. This number was reported in December, it can be estimated that it has increased considerably until today.

Some users may think that the game is exclusive to their console and include it being broadcast on different platforms. However, these sales figures would not be captured if Halo did not come to Steam. It seems that Microsoft now prefers to sell more copies on both PC and Xbox One instead of restricting their games to a single platform.

Launched in 2016 for the first time, Sea of ​​Thieves is now available for Xbox One and PC. The game is also available on Xbox Game Pass.

Clubhouse-like voice chat feature for Slack is on its way

A new statement about the iPhone 15 Ultra, which is expected...