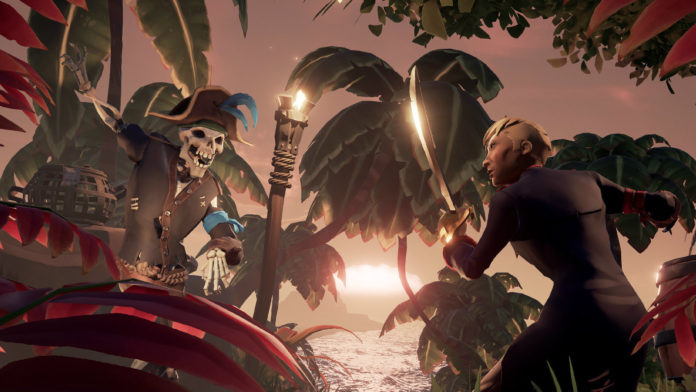 The Microsoft game Sea of ​​Thieves, played by more than 10 million players today, has taken its place in the Steam store. The exact date the game will arrive on Steam has not yet been determined.

Published by the Rare studio for the Xbox One console and PC by Microsoft Studios in 2016, Sea of ​​Thieves is still beloved by many players today. But the popular game has never been on Steam, the most used game platform today. Until now.

Sea of ​​Thieves finally took its place in today’s most popular game platform, the Steam store, today. A few important details about the game are also featured on the game’s Steam page. With the addition of Sea of ​​Thieves on Steam, the number of Xbox games added to Steam has also increased.

The release date is not yet exact:
Sea of ​​Thieves, which was added to the Steam store in the past hours, will have cross-platform support according to the description in the store. Thanks to this feature, players who play Sea of ​​Thieves on Xbox One and PC will be able to encounter each other.

Sea of ​​Thieves now contains 10 million players, according to the numbers released by the studios. Offering players the opportunity to be a pirate and offering a unique experience, Sea of ​​Thieves will obviously increase the number of players after being added to Steam.

In addition to Sea of ​​Thieves, other Microsoft games recently added to Steam include Gears 5 and Halo: The Master Chief Collection. Apart from these games, State of Decay 2 also arrived on Steam in mid-March. Psychonauts 2 is among other Microsoft games that are announced to the platform.

What is Windows Modules Installer Worker?

Clubhouse for Android will arrive when?