Home Tech Sea of Thieves, how will the seasons work? 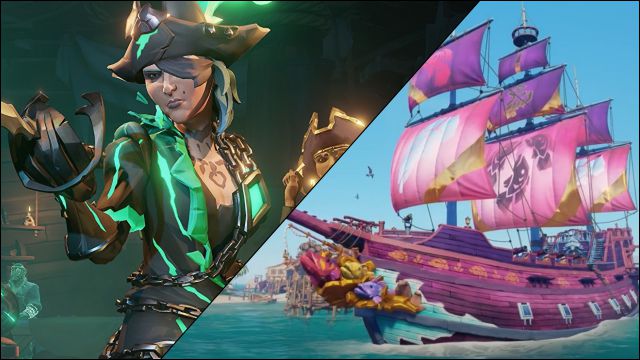 Rare explains what the regular game updates will look like, where there will be categories and a new progression metric. Date confirmed.

Rare has published on its official blog an explanation of the operation of the previously announced Seasonal model of Sea of ​​Thieves, the great methodological novelty of the successful multiplayer title available on Xbox One, Xbox Series X | S and PC. Likewise, everything is accompanied by a video that exemplifies some of the changes that we will detail below. The main thing: Season 1 begins this Friday, January 28.

This will be the seasons of Sea of ​​Thieves: new progress metric

The first thing that stands out is that Rare will implement a new progress measurement system, Renown, a reputation metric specific to each season and that will serve, at the same time, to attribute the rewards of that current season.

Sea of ​​Thieves Season 1 will begin on January 28, Friday.
Each Season will last approximately three months; there will be news in gameplay, rewards and events.
Each season’s progress will carry over through gaining Renown, a new progression metric that doesn’t depend solely on collecting loot.
Players can progress through 100 levels of rewards totally free each season. As you improve, more rewards will be unlocked.
The prizes can be from objects of an aesthetic nature to gold or doubloons.
The Plunder Pass is a new premium item that will add even more rewards as you progress through the Renown levels. That is, apart from the free rewards, there will be more benefits if we pay for this pass (which can be purchased at any time of the season).
Other additional changes: Pirate Emporium, quality of life improvements, new features, events and trips.

Sea of ​​Thieves embraces the seasonal model and does so by also opening the doors to paid content with real money, microtransactions. The aforementioned Plunder Pass will offer additional rewards to each of the 100 levels available for free. Specifically, 11 items only available with this Plunder Pass. The price, according to the content published by Rare, will be 999 old coins. 1000 Old Coins is currently priced at $ 9.99 on the Microsoft Store; 8.99 euros if we are members of Xbox Game Pass.

More specific details on the pricing modalities will be given shortly.

Sea of ​​Thieves can be played directly from Xbox Game Pass on Xbox One, Xbox Series X | S, mobile devices, and PC via Steam.