Home Entertainment Sea of Thieves: How to get all the curses 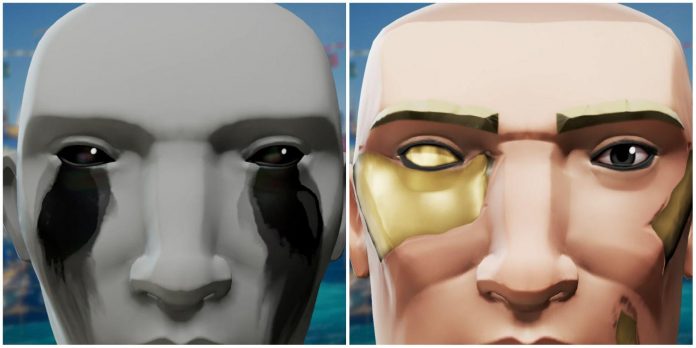 When sailing the waters of Sea of Thieves, players will have plenty of options for customization. That includes what their ship looks like to what outfits they would like to wear. While most of the cosmetics in the game can be purchased, there are some that are earned in the gameplay.

RELATED: Sea of Thieves: How to Become a Captain and Name Your Ship

One variant of the cosmetics that needs to be earned are curses. As of the time of this article’s publishing, there are only five curses in Sea of Thieves with all of them involving different steps needed to earn them. Luckily, once players are aware of what they need to do to get the curses, they aren’t the most daunting cosmetics to earn.

The Curse of Sunken Sorrow will give players bright blue eyes and will add purple patches and colorful wisps to the body. To earn it, players must complete The Curse of the Sunken Kingdom commendation. To do this, players must explore the different Siren structures that are under the water and have read all 30 books.

Curse of the Order

Those who want a creepy look will want to try to get the Curse of the Order. This cosmetic turns someone’s eyes completely black with black Kraken ink running down their face from their eyes. Players must get the Fateful Memories commendation, which involves getting all commendations during The Cursed Rogue Tall Tale. This includes:

The Legendary Curse is a simple cosmetic as it just makes a person’s eyes glow and a skull patch on their chest glow. However, earning this curse requires players to become Pirate Legends. Reaching this status will also earn the player a whole set of clothes to wear and a new shanty. To become a legend players need to do two things:

Reach level 50 with all three trading companies in the game (Gold Hoarders, Order of Souls, and Merchant Alliance) Purchase level 50 promotions at all three companies

RELATED: The Best Cosmetic Sets In Sea Of Thieves (& How To Get Them)

Players will then need to speak with the Mysterious Stranger in the tavern to gain access to the Pirate Legends Hideout. It is here that players will be granted the title of Pirate Legends and earn all the perks, which includes the Legendary Curse.

In the mood for adventure? Well, for the Shores of Gold Curse, players will need to adventure a lot. The overall aesthetic of the curse cosmetic is unsurprising as its main theme is gold. Players will have their right eye completely turn to gold patches completely covering up the rest of their body.

To use this curse, players will need to earn the Seeker of Grand Adventure commendation. This requires players to get every commendation across a series of nine Tall Tales. These are:

That is a grand total of 64 commendations, some of which require playing a Tall Tale a minimum of five times. Earning all 64 will earn the Seeker of Grand Adventure commendation and the Shores of Gold Curse.

One of the Tall Tales that were added in a later update is Heart of Fire. This quest centers around stopping the resurrection of Captain Flameheart, so its fitting that the cosmetic players can earn on this tale is The Ashen Curse. A person wearing the curse will be given glowing orange eyes with flame scars covering their body with parts being charred.

Getting this cosmetic requires The Blackwyche Reborn commendation to be completed. This is earned by getting all the commendations associated with Heart of Fire. That includes:

Sea of Thieves is available now on Xbox Series X/S, Xbox One, and Windows.

Hilarious clip of The Last of Us 2 Shows The Ridiculous...