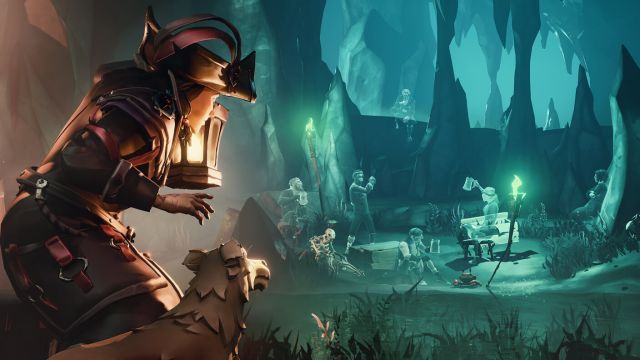 Rare shares Sea of ​​Thieves data following the launch of the A Pirate’s Life expansion, the crossover between Microsoft and Pirates of the Caribbean.Sea of ​​Thieves has achieved big player data since the launch of its expansion, A Pirate’s Life, just 30 days ago. From Rare they have appreciated the support of the community, which has been extended to almost five million active users during the month of June. Numbers that support the collaboration between Microsoft and Disney.

Pirates of the Caribbean Summer Bonuses and Cosmetics

Joe Neate, executive producer of the project, takes advantage of a Sea of ​​Thieves blog post to thank the players for “the incredible” response from the fans. “The team has been listening to all of your feedback and working to improve and balance the gameplay through the new adventures,” Neate emphasizes.

In addition, between August 20 and 23 they will celebrate a weekend of gold and glory. During that period, you will get double the gold and reputation in the trading companies, as well as boosters for the season counter.

Pirates of the Caribbean will continue to remain in the game with a battery of cosmetics for all players. As part of this month’s update, you will be able to find outfits like Davy Jones’s cursed outfit, or the monkey mascot, at the Pirate Emporium. If you want to extend your fantasies between the Disney license and Sea of ​​Thieves, then you will have the opportunity to do so.

Remember that Sea of ​​Thieves is available right now on Xbox Series X | S, Xbox One and PC. If you are an Xbox Game Pass subscriber, you can access the full version at no additional cost. All content released during its post-launch support is free, including A Pirate’s Life. Since you start the game you have the opportunity to enter the five adventures linked to Pirates of the Caribbean without any other financial requirement.