Home Entertainment Sea of Thieves: A Pirate’s Life, The Definitive Crossover With Pirates of... 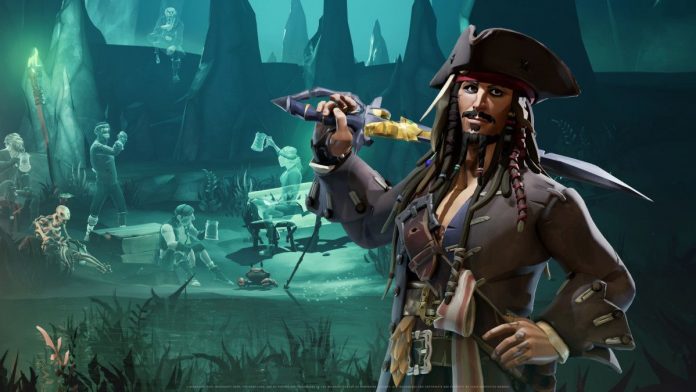 Sea of Thieves: We attended the A Pirate’s Life presentation and interviewed Rare about what adventures Jack Sparrow will bring us in Sea of ​​Thieves.“The pirate life is the better life” is the philosophy that Sea of ​​Thieves players embrace. Since 2018, adventures on the high seas have continued from strength to strength. The search for treasures, the confrontations against other pirates and sea monsters … Each game is a surprise that fills us with an emotional uncertainty about what we may find. And during E3 we received great joy during the Microsoft conference: Sea of ​​Thieves will receive the update A Pirate’s Life, an adventure that invites the world of Pirates of the Caribbean to the Rare video game. In MeriStation we have attended its virtual presentation and we have spoken with the studio, who have told us details of the creative process of this new content and about the future sea voyages that await us. On June 22, a new ship will set sail on PC, Xbox One and Xbox Series, available at the GamePass docks.

Rare Creative Director Mike Chapman expresses how Disney has meant so much to him and to various generations. This union of Sea of ​​Thieves with Pirates of the Caribbean is a dream come true. But putting the two worlds together is not that simple: “It is not enough to put Jack Sparrow in Sea of ​​Thieves, we have to create the right story. We had to ask ourselves questions like the introduction of Davy Jones in Sea of ​​Thieves, and what it means to be a pirate in both universes. ” Rare and Disney hand-wrote the script for this new expedition on the high seas.

Pirate’s Life is an adventure that is divided into five chapters and, to access these, we must contact the mysterious castaway so that she will take us to this new world. There we will collaborate with Jack Sparrow in search of the greatest treasure: the golden key to Libertalia. Of course, Davy Jones also receives news of our expedition and he will not make it easy for us.

Jack Sparrow’s adaptation to Sea of ​​Thieves has been a great job at Rare. “When it came to bringing such an iconic character as Jack Sparrow into the world of Sea of ​​Thieves, we took into account the smallest details, because we wanted the fans to say ‘Yes, it’s Jack Sparrow!’” Says Chapman. Joe Neate, executive producer of Rare, explains: “Making it physically recognizable is not only about the character design, we had to take care of very characteristic body language and movements that the specialist actor has embroidered.” Jared Butler, who voiced the mythical captain in Kingdom Hearts, also brings him to life on this occasion. As for Davy Jones, he is played by voice actor Robin Atkin Downes. Likewise, they have also confirmed that there are more characters from Pirates of the Caribbean, such as the crew of Jack Sparrow and Ana María, whom we will get to know throughout A Pirate’s Life.

In A Pirate’s Life we ​​will see how new mechanics and enemies are introduced. First of all, we will visit the underwater world and meet the mermaids. However, they will not be the classic beauties with fish tails, but some very dangerous monsters. Shelley Preston, head of design at Rare, is passionate about this mythological creature, and she tells us about the creative process of bringing us a more sinister version: When we were Sea of ​​Thieves, we had some monster concepts that we had saved and that we have rescued for A Pirate’s Life, like mermaids, ocean crawlers and eelmen. ”

Mermaids, in Greek mythology, were a menacing creature that attracted sailors with their song to crash us against the rocks, and Preston wanted to return to that original concept and contribute his own version. “We have created that contrast between an elegant creature that moves gracefully and at the same time is threatening. They sing to you to attract and hit you and they also attack you from a distance ”. The ocean crawlers, with a seashell as a helmet, will be very forceful at close range and can poison us. As for the eel men and their electrical powers, they will have the ability to heal each other.

Likewise, we also find many references to Monkey Island. We will find the Cursed Pirate, a skull that will guide us on the right path and that is openly inspired by Murray. “There are also nods to other works, like The Goonies,” says Joe Neate. “But we don’t want them to be just easy winks, but rewards for the player and make the exploration worthwhile. The references are also a complement to the story we want to tell ”. As for guides, you cannot miss the Jack Sparrow compass, which will work exactly the same as in the movies, that is, it will point towards our greatest desire.

Of course, A Pirate’s Life will be accompanied by a barrage of new cosmetics, as Shelley Preston confirms: “There will be new items to customize our pirates and new items. We can dress up as Jack Sparrow although, of course, not make a player character in his image and likeness. We can also buy a ship inspired by the Black Pearl and to the animations are added a lot of gestures inspired by the captain and his crew.

The story told in A Pirate’s Life is totally original. Divided into 5 chapters, we have approximately 12 hours of content, which can be lengthened depending on the unpredictability of our adventure. There will be sunken ships and surprises that await us on each voyage, just like in the base game. Additionally, this expansion serves as an entry point to introduce new players to Sea of ​​Thieves, while renewing the experience for more veteran pirates.

Sea of ​​Thieves has stayed alive over the years, and Joe Neate highlights its secret: “We offer a timeless and free game that appeals to players. In it, you can create your own stories and your world. It is a very positive game with which we have created a brilliant community, and with A Pirate’s Life we ​​want to keep that excitement. ” On the other hand, the collaboration with Pirates of the Caribbean awakens the intrigue of whether there will be more collaborations between Rare and Disney. The producer assures us that the relationship between the two is excellent, but he did not want to give more information. “We are very excited about this new content, and we hope that players will enjoy a new Pirates of the Caribbean story that will be very genuine in the world of Sea of ​​Thieves. 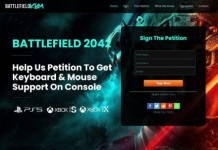 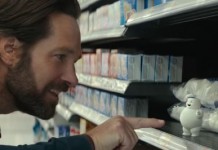 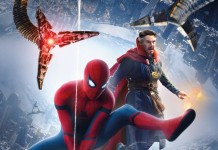