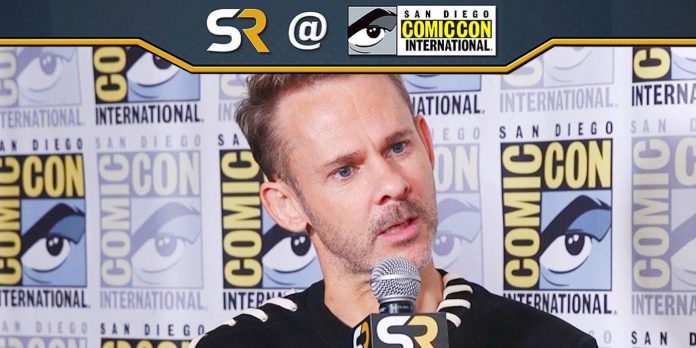 Dominic Monaghan and Billy Boyd are back together in the movie “Moriarty: The Devil’s Game”. Not that they’ve ever spent long without each other since filming the Lord of the Rings trilogy 20 years ago, given their weekly podcast “Bow of Friendship.”

Moriarty: The Devil’s Game, an exciting new podcast from Treefort Media, available exclusively on Audible, tells about Professor James Moriarty (Monaghan) trying to recover from the murder of his fiancee Rose Winslow. To make matters worse, he is accused of being at fault, and he must turn to Sherlock Holmes for help. Boyd voices his right-hand man, Moran.

At the San Diego Comic-Con, Screen Rant had the honor of talking to Monaghan about his interest in the other side of James Moriarty, his lasting friendship with Billy Boyd decades after The Lord of the Rings first began filming, and whether he would really return to the Star Wars franchise.

Screen Rant: Happy Comic-Con! How does it feel to be back?

Dominic Monaghan: It’s good. Yes, it’s a happy place. I was just saying that there is great energy here. Maybe for 51 weekends a year you can’t wear this thing or rely on this fandom, and then for this weekend, even if you’re not into fandom, you accept everyone’s fandom. I think it’s a really beautiful, positive thing.

You got into it, went to The Rings of Power experience and thought: “What is it about?”

Dominic Monaghan: Yes, we considered the idea of my participation in the “Rings of Power”. But I think the word that came back was “maybe it’s a little distracting and attention-grabbing.” If I’m not actually doing something specific for this, it might seem a little weird. So we’re going to avoid that.

Let’s talk about Moriarty: The Devil’s Game. I’m a big fan of Sherlock, and Moriarty has always been something of a villain. But it explores the other side. Tell us how this podcast appeared and what interested you in it?

I said how much I was interested in the world of Sherlock Holmes and its different sides. From the writings of Sir Arthur Conan Doyle, we very quickly learned that the only person who can really compete with Sherlock Holmes — in terms of intelligence; in terms of beating him in his game; in terms of being one step ahead of him – is Professor James Moriarty. At that moment, we thought, “What if we look at all these dynamic characters, but from Moriarty’s point of view, where does he feel like he’s been treated unfairly?”

Because if you look at these characters in fiction or even in history to see how they do what they do — which objectively we think is wrong — they have to think they are right. They think, “Well, I’m doing the right thing. I’m doing the right thing for myself.” And I think exploring that with James Moriarty is pretty exciting. Now it’s a podcast, and we hope to do it again. At some point, maybe it will turn into a movie or a TV show.

I love this perspective. For example, was the Evil Witch [of the East] right? She just wanted shoes from her sister, and she was crushed by the house.

Dominic Monaghan: Yes, any of those evil characters in quotes. I mean, I think it’s a little hard to talk about real people who are objectively considered evil.

But if you look at someone in fiction – say, Voldemort — they’ll probably just think, “Well, Harry Potter is behaving in a way I don’t like, and he’s threatening me and threatening everything I represent. He is clearly trying to attack me and wants to hurt me, so I will defend myself.” You could understand how he would do these things. If you can’t relate to these dark characters, then they just become so two-dimensional. You think, “Well, they’re just stupid. They’re just dark for no apparent reason.” Darth Vader, you think, “I can understand how he got there.”

And with Moriarty, he feels offended by the crimes against him. Obviously, there is a complex element in his personal life, and Sherlock Holmes is the one who threatens his very existence. So, we approach it from this point of view.

You mentioned other iterations that you would like to see in this take. Tell me more about it.

Dominic Monaghan: I think it works very well as a podcast. What is fantastic for me is that at that time I am transported back to London, with cobblestones, horses and Big Ben; the clock is striking and all that stuff. You close your eyes and hear it.

Pokémon Diamond And Pearl Presents Its Ccustomization Options In A New...