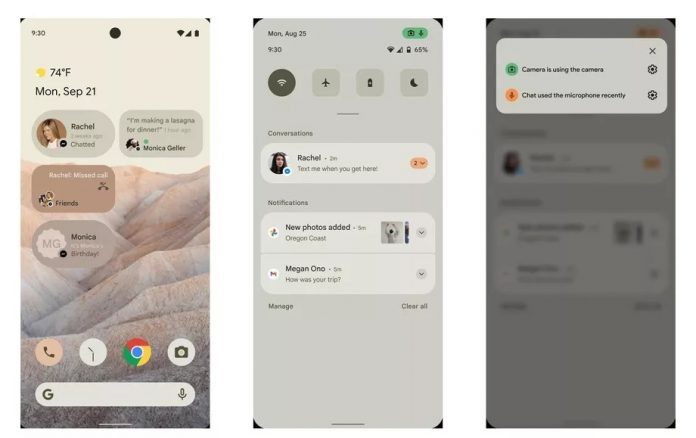 The first concrete signs for Android 12 have finally appeared. The XDA-Developers website shared the screenshots stated to belong to Android 12. It was stated that the images in question were taken from an early draft sent by Google to Android developers. While there is no explanation for the accuracy of the leak, the screenshots hint at interesting features. Alongside the interface changes, the presence of a new privacy token and chat widget is noticeable.

The rounded corners stand out in the interface changes. The number of Quick Settings in the not expanded notification panel is also being reduced. It is also noteworthy that Google prefers beige as the main color. It is stated that this is part of Android 12’s new native theme system.

The privacy token is similar to that of iOS. In the status bar, there is a sign that indicates whether an application is using the camera or microphone. According to the report, an option to turn off the camera and microphone completely will be added to Android 12’s settings menu.

The chat widget feature is also among the screen shots shown. Here, the newest messages and incoming calls are highlighted. It is stated that this may be a mandatory feature in Android 12.

iPhone 13 would have screen without notch