Home Entertainment Scream Reveals Its Dark Secrets In A ‘Behind The Scenes’ Video In... 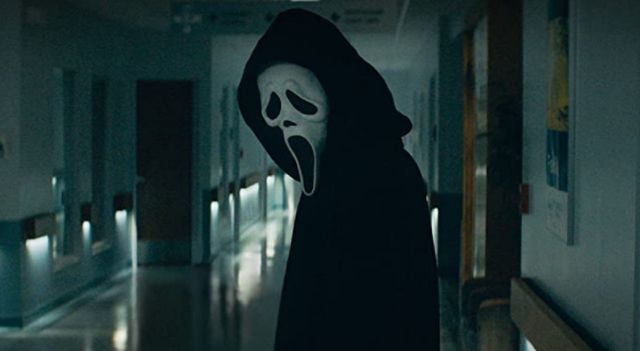 Scream: The film will be released in theaters on January 14 and will take us to the same town as the original films, twenty-five years later. The cast of the new Scream film has been reunited in a special piece in which they not only reflect their impressions, but the comments of the actors are interspersed with official footage of the film. A film that will bring back old acquaintances, but also an unpublished cast whose characters will suffer in their flesh the most absolute terror. A new murderer, new victims and a road full of moments of tension. You can see the video just above these lines.

The classic slasher from the 90s returns with its main ingredients intact, although adapted to the times. This product has nothing to do with the television series that aired a few years ago and did not enjoy the favor of critics or fans of the saga.

Another killer in the neighborhood

Twenty-five years have passed after the horrific murders that shocked the town of Woodsboro, a quiet town that was ravaged by a series of serial killers who made life miserable for Sidney Prescott. Now, so long later, someone has put on the Ghostface mask again to hunt down teenagers and uncover the darkest secrets of the town’s past.

Scream will feature the trio of protagonists from the original, Neve Campbell, Courtney Cox and David Arquette, who will repeat as Sidney Prescott, Gale Weathers and Dewey Riley. They will be accompanied by a cast of actors and actresses consisting of Melissa Barrera, Kyle Gallner, Mason Gooding, Mikey Madison, Dylan Minnette, Jenna Ortega, Jack Quaid, Marley Shelton, Jasmin Savoy Brown and Sonia Ammar.

The film, directed by Matt Bettinelli-Olpin and Tyler Gillett, features an original screenplay by James Vanderbilt & Guy Busick. It is produced by William Sherak, James Vanderbilt and Paul Neinstein and will arrive exclusively in theaters on January 14, 2022.

3 Important Marvel discoveries included in the trailer for the movie...