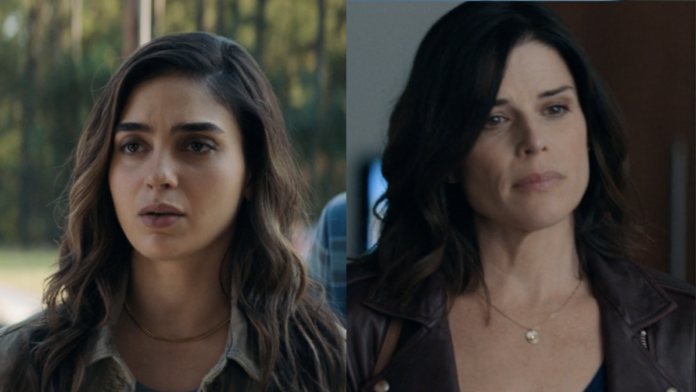 The horror genre has been on fire lately, which has led to some of the best horror films returning to theaters via reboots or new sequels. An illustrative example: the fifth film “Scream”, which was released in theaters back in January. The filming of “Scream 6” is currently underway, and actress Melissa Barrera defends Neve Campbell’s decision to abandon the upcoming slasher.

Melissa Barrera made her debut as Sam Carpenter in the latest movie “Scream”, playing the new protagonist of the beloved horror franchise. But while fans saw her team with Gayle and Sydney during the final confrontation, Neve Campbell will not appear in Scream 6 after being unhappy with the payment offered to her. Variety recently asked Barrera about this turn of events, where she defended her co-star, saying:

It was shocking, but as a woman I understand it. Especially as a woman of color, I am constantly confronted with such things when I feel that they do not pay me as much as I know what I am worth. But usually I think it’s because I’m Hispanic and they don’t value us as much as white women. So if Neve, being a white woman, feels undervalued, it just shows how much of a problem this is in the industry. I applaud her commitment to what she believes in.

Here it is. While Melissa Barrera would no doubt like to get more screen time with Neve Campbell in “Scream 6,” she seems to really understand the decision of the “House of Cards” alumni to reject the new slasher. Moreover, Barrera claims that in her career she faced similar difficulties due to the fact that she was not paid as much as she thought she deserved, especially as a woman of color.

Melissa Barrera’s comments to Variety are just the latest example of the “Scream” actor supporting franchise star Neve Campbell. When the iconic Craft actress announced she was refusing to return due to a salary dispute, OGS like Jamie Kennedy and Matthew Lillard rallied around her. As is the star of “Scream 6” Jasmine Savoy Brown, who is one of the new slasher stars in the role of Mindy Mix-Martin.

It’s almost impossible to imagine the Scream franchise without Sydney Prescott, which is partly why Neve Campbell’s decision to withdraw from the sixth film continues to make headlines. While some horror franchises focus on their villains, the Scream movies have always been about Sydney’s surviving spirit. Some fans are hoping that Campbell may still show up, although she has personally denied these rumors.

Although Neve Campbell won’t appear in Scream 6, she recently reprised her role as Sydney Prescott in a Red Cross ad campaign. In it, she ridicules the horror genre, encouraging people to donate blood. The ad went viral in part because it was released shortly after Campbell announced she wouldn’t be in the next movie.

Scream 6 is currently expected to hit theaters on March 31, 2023. In the meantime, check out the movie’s release dates in 2022 to plan your next movie.

The Captain America argument that Anthony and Joe Russo are Still...