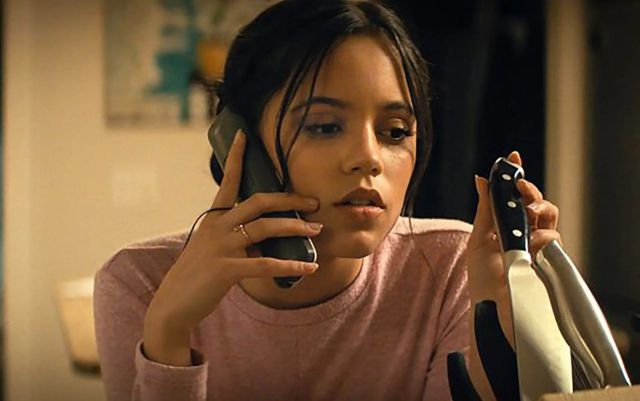 Scream: The fifth installment of the saga created by Wes Craven and Kevin Williamson recovers its essence and updates the formula to contemporary times. A house in the middle of nowhere. The girl lights the fire and prepares to prepare popcorn. That’s when the phone rings: “What’s your favorite horror movie?” asks the killer. What at first seems like an innocent act soon turns into a macabre game where failure is practically synonymous with death. This is how the film begins original Scream and so does this remarkable sequel, which not only brings it up to date, but does so without betraying the classic formula.

In 1996 we all had landlines. The smartphone era had not yet arrived and the Internet was almost science fiction. Over the more than two decades that have passed, communications have evolved. We receive stimuli through the screens and we instantly interact with other people: it is the moment of social networks, of appearances and of the immediate.

Beneath that layer of modernity, which Scream (2022) collects and integrates perfectly, are the same ingredients that made this slasher classic shine. The saga devised by the late Wes Craven and Kevin Williamson returns with a film that follows the rules of the genre, manipulates them and introduces them into the dialogues themselves.

Ghostface: a mystery, metacinema and humor, what works

The feature film directed by Matt Bettinelli-Olpin and Tyler Gillett makes mention of other horror films, but at the same time, the metalanguage references the film within the film. In the cinematic universe that has been built, the Stab saga is based on the work of journalist Gale Weathers (Courney Cox) and shapes the collective imagination about what happened in the small town of Woodsboro. Metacinema reaches a higher level when these references touch even the original film.

Sidney Prescott (Neve Campell), Dewey Reley (David Arquette) and Gale herself lived their own horror story in their multiple encounters with the various Ghostfaces. Under the mask, anyone can be the murderer, a mystery that articulates the suspense of the script and that is maintained almost until the end. We know that at least one of the people in the circle of friends or relatives of the protagonists is involved, because Dewey himself drops the idea. After all, he speaks with the voice of experience (and with a few stab wounds and scars to prove it).

In some ways, Sid, Dewey and Gale help the new protagonists navigate the swamplands of suspicion. Twenty-five years after the Woodsboro murders, Ghostface hunts down a group of teenagers, trying to knife them to death. Scream’s writers are comfortable with humor and metacinema, and while the dramatic stuff doesn’t always work (for example, the relationship between the two sisters is a bit bland), the whole packs the punch.

Beyond the enigmas and the whys, a slasher is asked for imaginative deaths, since in these films, in a somewhat twisted way, the murders are part of the humor. In the movie theater, laughter rang out as the knife pierced the skin of one of the unfortunate teenagers.

The new Scream may be more of the same, but behind the project there is a sense of affection and respect for the work. That is transmitted to the screen and makes this sequel (or recall, as films that continue the story back to the origin are now called) a film as worthy as it is fun, a highly recommended product.

The Hollywood star has joined the cast of Dying Light 2!