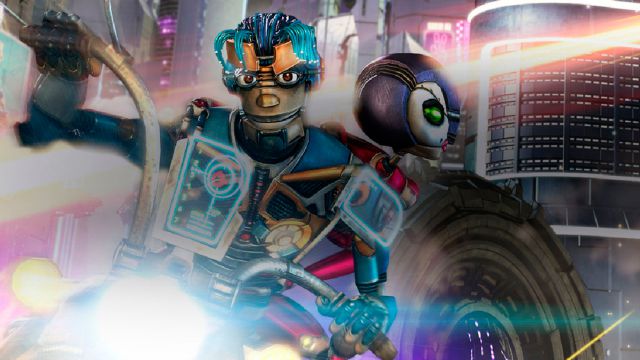 Scrapland: MercurySteam brings back its first title and offers it with improved graphics, gamepad playability, and achievements; available now on Steam and GOG. Scrapland, the first video game from Madrid’s MercurySteam, authors of titles such as Castlevania: Lords of Shadow or the most recent and candidate for GOTY at The Game Awards 2021 Metroid Dread, among many others, returns in the form of a remastering for PC both on Steam and in GOG. And the best of all is that Scrapland Remastered is already available with a price of 19.95 euros, although to celebrate its launch it is offered with a 10% discount, staying for 17.95 euros until December 20, 2021.

Thus, Scrapland is a science fiction third-person action adventure with charismatic characters, combat ships with lasers and a very particular sense of humor. Scrapland is a third person action adventure set in a remote future on Earth. The robots are the only ones that populate the planet and, of course, they consider humans nightmarish monsters. You will play D-Tritus, a newcomer who will investigate the brutal murders committed by a viscous and disgusting human who is loose in the city of robots ”, we can read in the official description of him.

In Scrapland Remastered we can take control of up to 15 different characters, each with their own abilities and personalities, with which to complete more than 140 missions and participate in intense multiplayer games with the possibility of piloting combat ships to improve their speed. , firing power, endurance and much more.

Among the improvements of this new remastering we find high resolution graphics, dedicated servers and a revised network code, full support for controllers, ingame improvements, achievements and Steam Cloud support. Scrapland Remastered is now available on both Steam and GOG with texts and voices in Spanish.