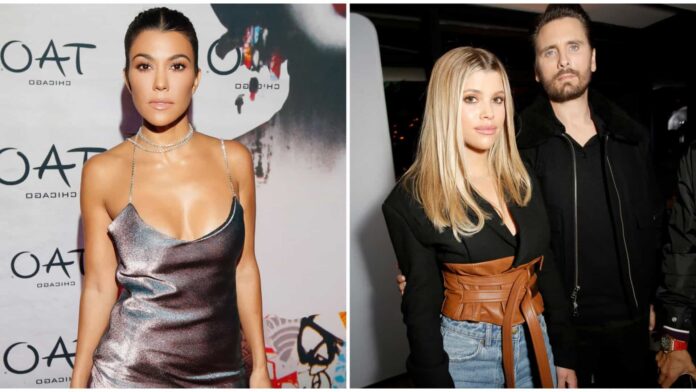 This was one of the reasons that led to the separation of the two. Scott Disick and Sofia Richie broke up recently after three years of dating. According to the latest information provided by Us Weekly, Kourtney Kardashian , Scott’s former partner, was related to the breakup, albeit in an indirect way .

“Scott has always been in love with Kourtney and that was something that Sofia had to face before making a serious commitment,” a source told the publication.

The informant reveals that “it has become more obvious that the family [the three children Kourtney and Scott have in common] came before her, the family was always the priority over anything or anyone”.

I’m so proud of the place we’re at as parents to our children now and all the work we’ve put into getting here. Video on our biggest challenges and what works for us on poosh.com

Therefore, the separation came shortly after Disick left a rehab clinic after Sofia had given him an ultimatum. “Sofia realized that he was not well and made an ultimatum, after all, it seems that Scott was more focused on Kourtney and his children than on her”, he added.

It is recalled that Scott Disick and Kourtney Kardashian maintained a relationship of almost 10 years.

What more can a guy ask for. THREE’S COMPANY

A few weeks ago, Scott Disick voluntarily entered rehab to treat severe depression (rumored to be related to a recent relapse by the television star to his alcohol addiction). The ‘Keeping Up with the Kardashians’ member received support from Kourtney Kardashian and Sofia Richie , but recently suspicions arose that the well-known model and the New York businessman decided to end their romance.

Sofia Richie has been quarantining in Malibu, at the home of a mysterious boy (who TMZ claims is his new boyfriend). In addition, Scott has stopped following her on Instagram , so everything indicates that their relationship has become too distant.

And now that it is rumored (stronger than ever) that these celebrities are over, many people have begun to wonder about the reasons for their breakup and among them Scott’s addiction problems and the disapproval of the Sofia family in his controversy. relationship.

Sofia Richie’s family was FULL of her relationship with Scott Disick.
According to Us Weekly, both Lionel Richie (Sofia’s father) and Nicole Richie (Sofia’s older sister) no longer supported the model’s romance with Kourtney Kardashian’s ex .

And, in fact, the same media insists that they never 100% supported that relationship from the moment Sofia started dating Scott.

What happened and when will the 7th episode happen?

Meghan Markle new actress? She could collaborate with… Disney!