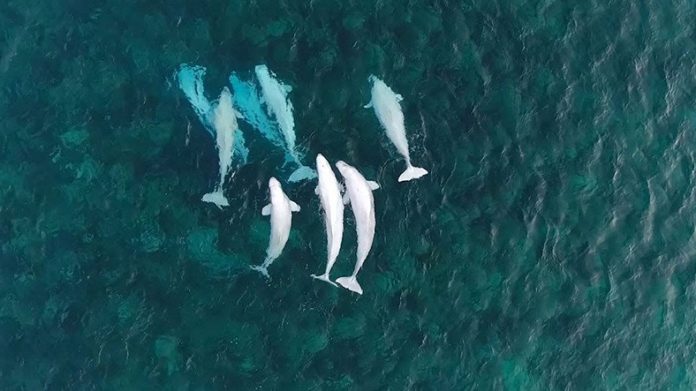 Scientists will be able to observe whales from space using technologies such as satellite and radar. In this way, the efforts to prevent the extinction of whales will be greatly contributed. It is stated that the investment made for this project is approximately 1 million dollars.

Boston’s New England Aquarium and the Draper of Cambridge point out that new observation methods should be used using the latest technological products to prevent extinction of whales. The project team will take advantage of technologies such as satellites and radar to provide an opportunity to explore the whale population in the ocean in detail. The project is planned to be finalized in a few years and the team has invested a total of $ 1 million in this business.

The project consists of very complex data and many observations, but unlike these processes, the name of the project is easy to understand and does not leave any question marks on the main idea. The project, called ‘Counting Whales from Space cak, will collect data from a large pool of resources ranging from space agencies in Europe to amateur radio operators. In this way, a map of the regions where whales are located in the ocean can be extracted. Natural life conservation groups will thus be able to record whales more closely. In addition, the main reason why whales are moving from one part of the ocean to another will be more clearly understood.

New project can be the light of hope for whales
Aerial observations are one of the most commonly used methods to detect whale populations in the oceans. But there are some drawbacks of this method. In addition to being a very expensive method, the lack of weather conditions greatly affects the quality of the observations.

The project team will be able to analyze the data obtained from the whales in detail by signing a new technology using specially designed algorithms. The project team is still unable to predict exactly how the technology they are developing will be, but the team says that monitoring the whales’ movements around the world is their greatest goal.

With this new technology, it will be possible to closely record whale populations across the oceans. But the investigation of New England waters is of great importance now. The waters of this region are home to a species of endangered whale called the North Atlantic whale. Approximately 400 members of the type of whale that survived, with the extinction of the nose. The data obtained from the region through the new technology can make a significant contribution to the studies conducted for the protection of this species.