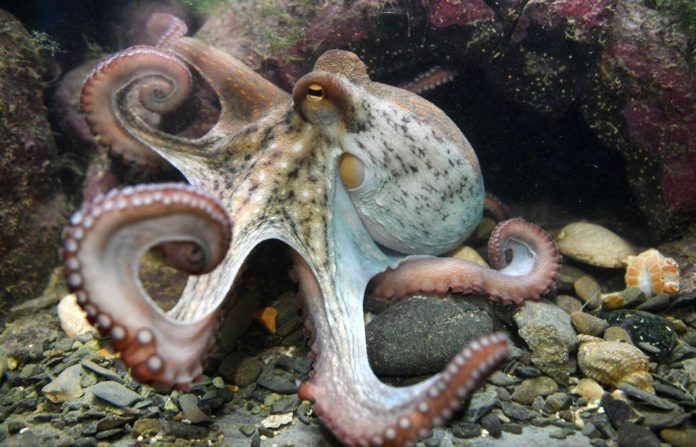 Today, there are farms such as fish farms, cattle and sheep farms. Recently the rising trend is octopus farms. But scientists say octopus farms are very harmful.

It is a fact that farm animal husbandry has been used for centuries to benefit humanity. Even animals such as sheep and cows adapt to farm life, but there is another animal that eats people: octopuses.

Scientists said that octopus farms should never be built, not only because of the intelligence of these animals, but also because of the environmental impacts of the farms. However, these farms have already begun to operate and the demand for octopuses as a food item is also increasing.

Octopus farms
In the wild, octopus hunting is bumpy, which makes the procurement process unreliable. Octopus farms are being built in many countries around the world and even genetically modified.

However, in Issues in Science and Technology, a group of scientists, ecologists, philosophers, and psychiatrists talked about the impact of this action on the environment. Some of these effects are: nitrogen and phosphorus pollution from animal wastes, spread of diseases due to race mix and loss of natural habitats.

But the biggest environmental concern here is the feeding of octopuses. Just like farm animals, octopuses are carnivores, so they need fish protein and fat in their diet. The octopus larvae only eat live food. Researchers, about one-third of global fishing, is made to feed other animals and many fish feed hunters are the subjects of overfishing, he added.

Octopuses, very clever creatures
Even if problems such as overfishing and decreasing the number of fish are solved, keeping the octopuses in the farms is cruel. Octopuses are highly intelligent and problem-solving creatures. Octopus; they can open jars, get to know people, remember the puzzles they were given before, and even escape the aquarium.

In addition, changes in the behavior of the octopus are observed in places where they are detained. In these cases, these creatures cannibalize and eat the tips of their tentacles, which will spread the disease.

Currently, there are some big challenges in front of the octopus farms to keep the baby animals alive until adulthood, but advances in the technological field can contribute to overcoming these challenges. Some countries are currently working on these issues, and scientists hope that they will end before they begin.