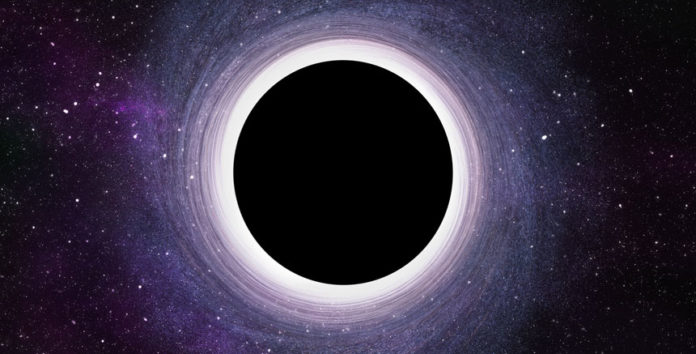 The traditional knowledge of physics tells us that nothing can escape from the massive gravitational force of a black hole. But a new theoretical study in the past few years says there may be a structure with two black holes fully entangled. This black hole structure can enable information to be transmitted at the quantum level.

Scientists now want to create this entangled black hole structure using a phenomenon used when making quantum computers. Quantum teleportation seems to be an impossible thing. The teleportation mentioned in the study is basically the transfer of encrypted information from one machine to another.

Our scientific possibilities are not enough to create black holes in the laboratory. But researchers Christopher Monroe and Brian Swingle from the University of Maryland are considering ways to create entangled black holes.

Previous models focused on exactly how a tiny black hole behaves. However, in the experiment that is being studied now, it is desired to create a black hole that will not only try to recreate the activity of a black hole but also be indistinguishable from the real one.

If researchers manage to build a black hole system as they theoretically plan, quantum information enters this black hole circuit and disappears. After a short while, the information is already deactivated and the second circuit is deactivated. This technique distinguishes the study from existing quantum teleportation techniques.

The researchers think that the transmitted information will be completely mixed, and a system that needs to be decrypted later will have a longer working time than it should be. At the same time, trying to create an original message in this process may cause some parts of the information to be missing.

The idea of ​​entangled black holes and wormholes may evoke concepts in science fiction. But the things discussed in this study are not exactly like that. Rather we are talking about a new way of developing quantum computing technology. The strange properties of black holes intermingle and reviving information can provide data transfer at the fastest possible time scale.

Slam Dunk is getting a new movie 25 years later

Anatel Ratifies The Result Of The 5G Auction In Brazil