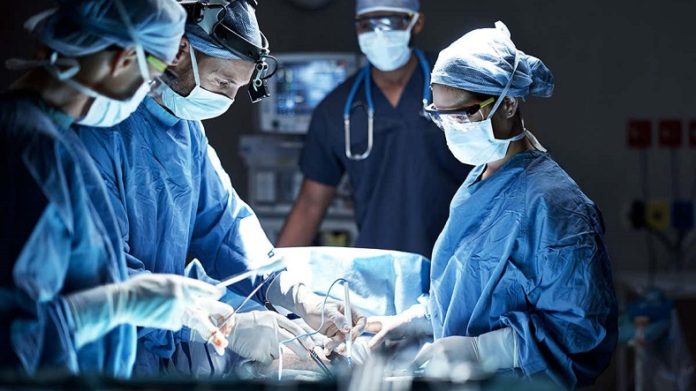 For the first time in the United States, scientists attempted to save time by turning a patient into a ‘temporary death’ position and extending the duration of surgery. The technique was successfully applied, which would save time, especially in cases of severe injuries.

For the first time in the United States, scientists managed to perform surgery by placing a patient in an anabosis. It was stated that the aim of the trial was to save the patient by prolonging surgical intervention in cases of severe injuries.

Samuel Tisherman of the University of Maryland School of Medicine in Baltimore said that he and his friends had succeeded in putting a patient into an angiosis. The new method was experimentally included in the complex of measures to resuscitate life-threatening patients injured by firearms or knives. It was stated that there was a very short period of time for doctors to intervene in cases of severe injuries and the survival rate was less than 5% at the end of this period.

The technique is applied to patients whose hearts have stopped or have lost more than half of their blood. In the event of serious injuries, doctors only have a very short time to intervene for a few minutes. With the new technique, doctors gain two hours to find and eliminate the cause of acute blood loss through surgical intervention.

By replacing all of the blood with isotonic solutions cooled to zero degrees, the organism is rapidly cooled to about 10-15 degrees. In this case, the patient’s brain functions almost completely stopped, disconnected from the cooling system is placed on the operating table. After the operation, the patient’s body temperature is raised again and his heart is re-operated.

In other words, when the new method is decided to apply, the consent of the patient whose life is directly threatened will not be needed. It is stated that the test results obtained within the scope of the study will be announced until the end of 2020.