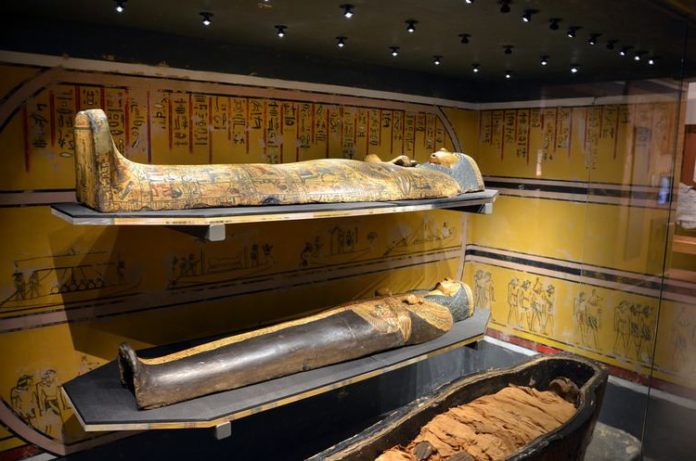 Scientists tried to reveal how a 3,000-year-old mummy would sound using a 3D printer and a sound synthesizer. The main subject of the researchers was to see if a voice from the past could be recreated.

If a mummy from Ancient Egypt could speak, what would her voice look like? A new scientific experiment finally answered this question, but the answer found is not as impressive and alarming as it is supposed to be.

The voice of the 3,000-year-old mummy was reproduced using CT scanners, a 3D printer and a sound synthesizer. The results of the experiment were published in Scientific Reports. You may be wondering why scientists did such an experiment. Of course, mummies do not have a habit of resurrecting and groaning. John Schofield, a co-author of the article, says the research team did this experiment only to see if a voice that has been in the past can be recreated.

The mummy’s voice path is preserved
Archaeologist Schofield of York University says they have started the experiment both to improve our understanding of past cultures and to show that such a thing can be done. In addition, enriching people’s experiences of communicating with the past in museums or historical preservation areas are among the researchers’ goals.

The original dimensions of each person’s voice path produce different sounds. In the experiment, scientists tried to revive the dimensions of the sound path of an ancient Egyptian priest called Nesyamun. As with all the prominents of ancient Egypt, Nesyamun’s body was mummified to the next world. Schofield states that, thanks to his mummification, Nesyamun’s soft tissues and chest cavity, which are important for this study, remain to this day.

The sound path was suitable for the experiment as it was largely protected and its physical integrity was intact. Data obtained with a non-destructive CT scanner enabled the copy of the mummy’s audio path with a 3D printer. Later, this copy audio path was combined with an artificial larynx called the Audio Path Organ. This body is generally used for sound synthesis. The researchers eventually managed to get a sound like an ‘e’ vowel.

The reason why only one sound is created is that the sound path created in the experiment, and therefore the sound path from the mummy in Nesyamun’s sarcophagus, has only one shape. Schofield has announced that they will use computers to achieve sentence-like sounds.