Home Tech Scientists Solved the Mystery of a Paint Widely Used in the Middle... 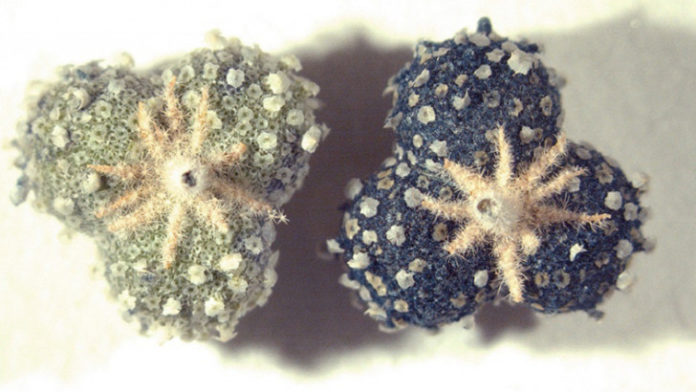 Scientists unraveled the mystery of a blue dye that was obtained from the Chrozophora tinctoria plant in the Middle Ages. Learning from the medieval writings of the plant, where the paint will be obtained, how to choose the best, the researchers managed to unravel the mystery behind the paint.

Chrozophora tinctoria, a plant native to the Middle East, Central Asia, India and Pakistan, was used as a source of blue dye throughout the Middle Ages. The paint, which is also used in fabric dyeing, was among the most widely used colors in the medieval art in Europe.

Almost 200 years of research has been carried out to discover the molecular structure of the dye obtained from the fruits of the plant. Studies on paint have failed until today. However, scientists from Lisbon Nova University in Portugal managed to unravel the mystery of the paint obtained from the C. tinctoria plant.

Medieval texts were used to obtain the paint.
Chemists, biologists and researchers from the field of protection of works of art conducted a joint study to unravel the mystery of the paint. Scientists have studied texts on the subject in the Middle Ages to learn how to collect the best C.tinctoria.

Following the work done in the texts, the fruits of the plant were collected for three summers. Compounds producing pigments of the dye were removed from the collected fruits. Compounds were isolated and purified.

Compounds obtained from fruit were examined by liquid and gas chromatography, mass spectrometry and nuclear resonance processes. The reviews made it clear that the compound is a new class of paint.

The researchers said that this new class of dyes is much different than the dyes from many blue flowers found in nature. Scientists have announced that the blue dye pigments obtained from C. tinctoria are the most stable natural blue pigment variety.

It can be considered as an important development for the paint industry that researchers from the University of Lisbon Nova solve the mystery behind the blue paint obtained from the C. tinctoria plant and used widely throughout the Middle Ages.

Xiaomi Mi Mix Fold, Its Durability Proved By The Test

Sony Works On A Smart Bracelet That Modifies The Sound Of...