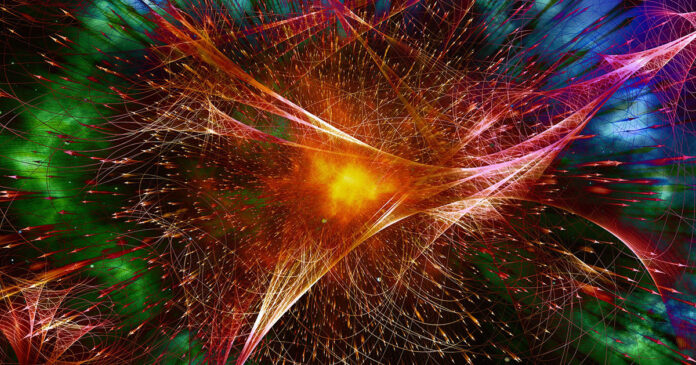 Scientists from Spain have succeeded in circulating 15 trillion atoms by taking a serious step for quantum science. Scientists say that this huge circulation they obtain can be used in many areas from new brain imaging technologies to the discovery of dark matter.

One of the important concepts of quantum physics is entanglement. Entanglement can be summarized as two similar particles having synchronicity with each other and the situation in one affects the other even if these particles are at distances from each other.

Once the particles are entangled once, as we said above, they can be affected by the same effects in the same way. Typically, entanglement is created at extremely low temperatures to prevent particles from colliding. However, scientists from the Barcelona Institute of Science and Technology carried out this process by heating a bottle of rubidium gas. In the scientists’ work, as a result of heating the rubidium gas, all of the 15 trillion atoms were paired rapidly, leading to a chaotic chain reaction.

It is not yet clear whether the new technique obtained by scientists from the Barcelona Institute of Science and Technology can be used in quantum computers. Scientists have explained, however, that the technique can help develop highly sensitive magnetic sensors.

In the press release about the study, the physicist Morgan Mitchell said, hoping that the technique they obtained could be used to develop better sensors in brain imaging, autonomous moving vehicles, and the investigation of dark matter.