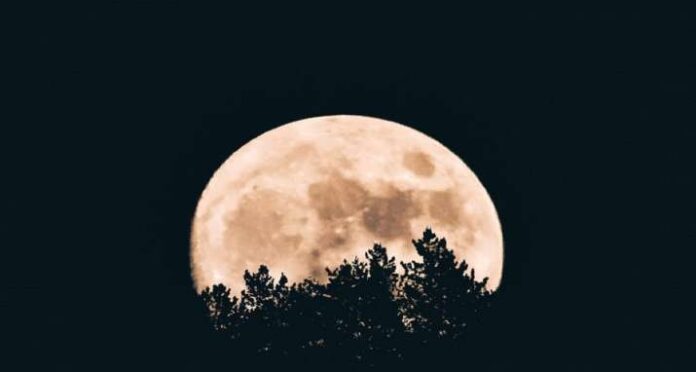 The areas that appear in dark color on the surface of the Moon are called Maria (sea in Latin). Although these regions cover about 17% of the Moon’s surface, most of them are on the side of the Moon visible from the Earth. Researchers have published a new report on this asymmetry of the Moon.

The moon is a cold rocky body with little water and tectonic movements. Scientists believe that the Earth / Moon system was formed after the collision of a Mars-sized planet called Theia with the primitive Earth and that the components of both structures were mixed after this collision.

The larger Earth after the collision evolved to become a dynamic planet with atmospheres and oceans. The smaller Moon did not have enough mass to obtain these properties. Decades of observations revealed that the Moon’s history was much more dynamic than expected, and volcanic and magnetic activity occurred 1 billion years earlier than expected.

The craters on the surface of the Moon are scattered asymmetrically:

We can see big spots on the side of the Moon near the Earth with the naked eye. The first astronomers; They thought these spots, called Maria (‘sea’ in Latin), were seas similar to those on Earth. It was later discovered that these spots were not oceans, but craters or volcanic features.

New studies have been done to understand the asymmetry of the Moon:

In the past, NASA brought 382 kg of lunar rock to Earth in order to understand the origin of the Moon by chemical analysis. During these investigations, the researchers also identified a new type of geochemical component called KREEP, but with the KREEP, which consists of Potassium (K), rare elements (REE) and phosphorus (P) on Earth, a rather uneven distribution of volcanism on both sides of the Moon is a new one. presented puzzle.

In the new study, scientists used a combination of laboratory examinations and computer modeling to get tips on how the two sides of the Moon gain asymmetry. It was noticed that these clues were related to an important feature of KREEP.

Potassium (K), thorium (Th) and uranium (U) are radioactive unstable elements. This means that the elements occur in various atomic configurations with a variable number of neutrons. These atoms are broken down to provide other elements, some of which are unstable and produce heat. The heat from the radioactive degradation of these elements can melt rocks, which in turn can explain their colocalization partially. The study shows that, in addition to increased heating, the inclusion of a KREEP component in the rocks also lowers the melting temperature and increases the expected volcanic activity.

Why does the moon have an asymmetrical structure?

After experiments with various KREEP components, scientists have obtained important findings about the early stages of the evolution of the Earth / Moon system by analyzing its timing and its effects on the volcanic activity on the Moon surface.

This study, which can help explain the early stages of the Moon’s formation, shows that KREEP-rich Maria have greatly affected its evolution since the Moon was formed. Scientists think that evidence of such unsymmetrical evolutionary processes can also be found in other satellites in our Solar system and other rocky bodies in space.

Scientists Observe Asteroid to Pass Near Earth with Masks on Their...