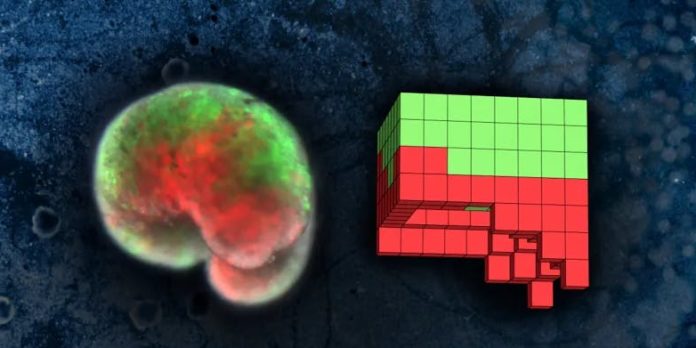 Scientists have achieved a first in the world to produce xenobots completely composed of living cells. These small robots, described as ‘alive’, are expected to benefit in many areas in the future.

Stem cells from embryonic frogs could develop into living, breathing skin and heart tissue if they could develop naturally in other living things. However, by combining these cells with robots designed with algorithms, scientists have made a first in the world and built the first robots made entirely of living cells.

Scientists call these robots xenobots. Xenobots are unlike living organisms or organs produced to date; It was formed as small structures with millimeter dimensions, self-organizing and containing 500 to 1000 cells. These robots are planned to be used for a variety of purposes, from drug use to environmental improvements.

Joshua Bongard, a computer and robot scientist at the University of Vermont, “These are new living machines. They are neither ordinary robots nor a known animal species. This is a new man-made class: a living, programmable organism.” said. To design Xenobots, a supercomputer and an algorithm capable of combining several hundred frog heart and skin cells in different configurations and simulating results were required.

The research team chose the most promising designs to create robots made up of cells from embryonic African clawed frogs (Xenopus laevis). When put together, the robots could move according to the simulations. While the skin cells function to hold everything together, the heart cells make the muscles contract and the robots move.

These machines were able to move in an aqueous environment for up to 1 week without the need for additional nutrients fortified with lipids and proteins. Although the team describes them as ‘alive’, xenobots cannot evolve on their own, destroy reproductive organs and naturally multiply. When the nutrients of the cells run out, they become a small set of dead cells.

Research can provide scientists with valuable information about how cells communicate and work together. Although Xenobots are currently relatively harmless, there are potential uses in the future for incorporation into nervous system cells or development in biological weapons. As the field of research grows, regulations and ethical rules will change.

You can watch the creation stages of robots built with living cells from the following video: