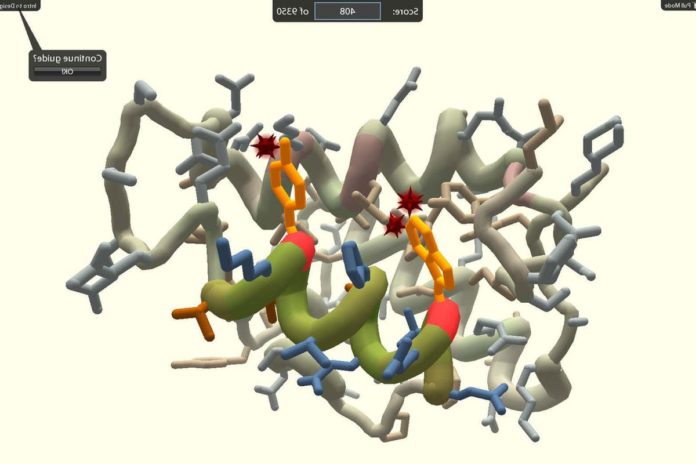 Scientists are currently playing a game to combat the Corona virus. This game, called “Foldit”, contains a puzzle about what kind of protein should be developed against Corona virus.

The work on the Corona virus, which emerged in Wuhan, China, and spread to many countries in a short time, continues at full speed. As of today, 3,198 people have lost their lives, and the virus has vigilant all countries. While governments are trying to prevent the virus from coming to their country, scientists are trying to find solutions against this virus.

The Corona virus was not a known and vaccinated virus type in recent times. So the world is desperate for the Corona virus at least for now. Moreover, the fact that the winter is experiencing in the northern hemisphere causes the balance of this virus to worsen. As such, uneasiness increases more.

Scientists who continue their studies at Washington University in Seattle, USA, are now confused by a game. “How the scientists play games as the world goes through an extraordinary process!” If you say, you are right, but the game we are talking about is quite different from the games that come to your mind. Scientists play this game to fight the Corona virus.

The game, which scientists are currently concentrating on, is called “Foldit”. This game, which is in beta version, can be downloaded for free and is basically a puzzle game. This game, which you can access through the link found here, gives you dozens of scientific puzzles and you try to solve the puzzles. Game; it can also offer different puzzles for students and scientists.

According to Foldit developers, the game is currently being played by thousands of people. So, besides scientists, enthusiasts are playing this game in order to find any solution against Corona virus. It is not possible to say how effective the game will be in fighting the Corona virus, but scientists believe that this game can be the solution.

The Sales Price of the much-anticipated 2023 Acura Integra has been...