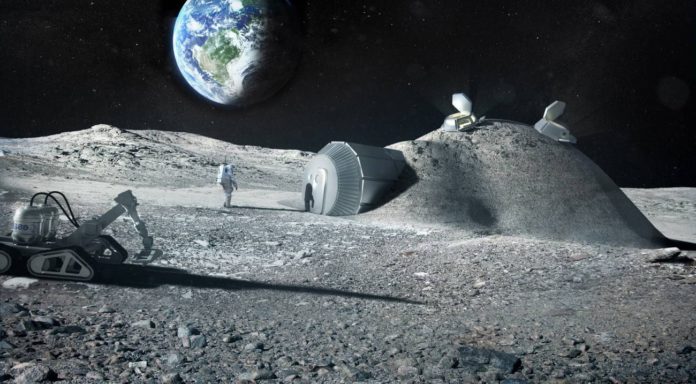 Mankind, who first came to the Moon with the Apollo 11 mission in 1969, aims to set foot on the only natural satellite of the Earth after half a century but this time is permanent. Well, if we say that astronaut urine is critical in the construction of space bases on the Moon?

The United States (USA), which adopted an aggressive space policy after Donald Trump was elected president in 2016, aims to re-launch the astronaut on the Moon in 2024. After returning to the Moon after the Apollo 11 mission in 1969, the USA plans to be permanent this time.

The date NASA set for the construction of the first space base on the Moon is 2028, but doing this on a different planet is not easy as you can imagine. Because the supply of the materials required for the construction of the bases from the Earth means a huge burden in terms of both time and cost. So much so that it costs about $ 10,000 to carry a material that weighs only 0.45 kilograms in orbit. For this reason, it does not seem as logical to send all building equipment and building materials to the Moon.

Based on this, scientists are exploring the way to use the Moon’s own resources effectively with the help of astronauts. It may sound interesting, but what is meant as the aid of astronauts is their urine.

Previously, a lot of research has been done on whether concrete-like structures can be built with 3D printing technology from the lunar soil, also known as regolit. Now, an international team of scientists has explored whether another source, human urine, can be used to make the building materials on the Moon more usable.

Thinking that urine in urine can be used as a plasticizer in a 3D printing mixture suitable for use on the surface of the Moon, the researchers created a series of “mud tubes” from the mixture in which urea, regolite and other plasticizers were added from the 3D printer.

It was discovered that this seemingly unpleasant substance carries heavy loads and preserves their stability to a great extent. Scientists note that the substance tested at 80 degrees Celsius can resist the extraordinary temperature changes on the Moon’s surface.

One of the authors of the study, Anna-Lena Kjøniksen from the University of Østfold University in Norway, stressed that an effective building material can be produced from the combination of real water in human urine and resources on the Moon, but more work is needed to come to a firm conclusion.