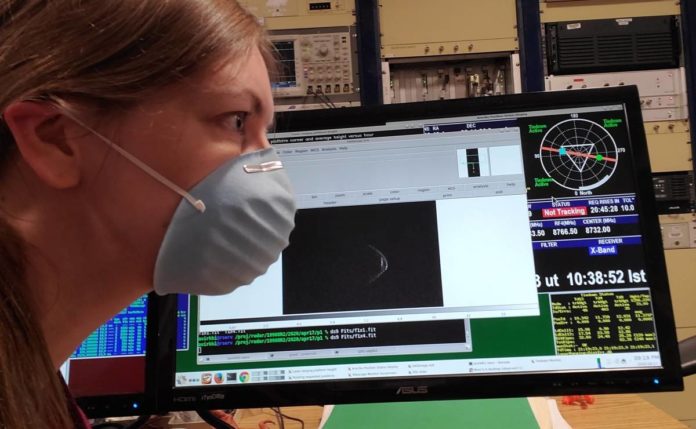 Scientists working at the Arecibo Observatory in Puerto Rico follow the asteroid that will pass near the Earth with a mask in the mouth and gloves in hand due to coronavirus measures.

Scientists at the Arecibo Observatory in Puerto Rico continue to observe an asteroid approaching the Earth in a way that does not pose a threat. The asteroid, called 1998 OR2, will pass around the Earth in 2079 more closely than it is now. Therefore, the asteroid was included in the classification as a Potentially Dangerous Object (PHO). Scientists continue their studies with masks on the face and gloves on the hands due to the coronavirus.

A Potentially Hazardous Object (PHO) is a classification used for asteroids larger than 140 meters in diameter and closer to Earth than 8 million km. No PHO detected so far poses a threat to the Earth. However, scientists at the Arecibo Observatory continue to observe these asteroids to determine the future trajectories of these asteroids.

1998 OR2 2079 will get closer
Flaviane Venditti, one of the scientists at the Observatory, said, “Radar measurements allow us to know where the asteroids will be in the future, including their approach to Earth. 1998 OR2 will cross 3.5 times closer to Earth in 2079 than it is now. That is why it is important for us to know its orbit exactly. ”

Anne Virkki, Planetary Radar manager at the Arecibo Observatory, explained that although 1998 OR2 is not anticipated to affect the Earth, it is important to understand the characteristics of the asteroid to develop technologies to mitigate the Earth.

The work of astronomers from the Arecibo Observatory led to the determination that 1998 OR2 is approximately 2 square kilometers in size. At the same time, observations with optical telescopes show that this large asteroid rotates around itself in 4.1 hours.

6 Differences That distinguish Corona Virus and Flu from Each Other