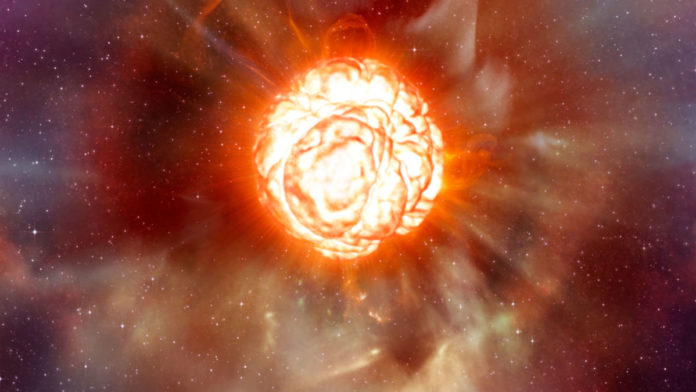 The events that occur as a result of the magnitude of the explosions in the Sun can sometimes affect the Earth. Scientists have managed to record one of these explosions for the first time and take a numerical measurement of the explosion.

In 2017, a huge magnetic field explosion occurred beside a Sunspot on the surface of the Sun. Powerful solar flares, produced by the strong collapse of magnetic energy, triggered harsh space weather conditions on Earth.

Occurring explosions
Researchers were able to measure numerically the magnetic field strength that develops with data collected in the microwave spectrum. Scientists also followed its transformation into other forms of energy. The magnetic field of this circle of light, previously called the Solar Crown, that appeared around the Sun, could not be measured directly during a glow or other large-scale explosions.

These indirect estimates could not precisely measure the dynamic local changes of the magnetic field. “We can pinpoint the most critical points of magnetic energy propagation in the Solar Crown,” said Gregory Fleishman, a professor of physics at the New Jersey Institute of Technology.

The researchers have verified the law of energy dissipation by measuring the decline in magnetic energy and the simultaneous power of the electric field of the region, and thus the amount of particle acceleration that strengthens solar explosions. These basic processes show quite similarities to those occurring in the most powerful astrophysical sources, such as gamma ray bursts.

Measurement of explosions
Expanded Owens Valley Solar Array telescope took many pictures in seconds using hundreds of frequencies optics, ultraviolet, x-rays and radio wavelengths in 1 to 18 GHz range using 13 antennas. Of course, being able to look at the mechanics of this explosion also opens new doors to investigate the most powerful explosions in the Solar System.

Dale Gary, a professor of physics at the New Jersey Institute of Technology; He states that microwave emission is the only mechanism sensitive to the magnetic field environment of the Sun Crown. Professor Gary also uses the following statements about measurements:

“Measurements are made possible by high-energy electrons circulating in the magnetic field of the Sun Crown, dominating the magnetic sensitive radiation in the microwave range. The connection of particles that accelerate with the explosion and particles that are shocked with shock is important in understanding which explosions are threatening and which are harmless. ”

Coronavirus Vaccine Will Come Early Than Expected According To Oxford Scientist

15-thousand-year-old viruses found in a glacier in Tibet