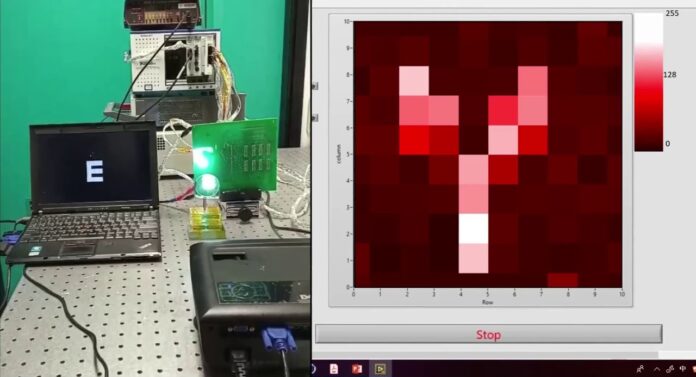 The world of science is moving much faster than we think and artificial intelligence may not be the only factor that will shape the future. By saying artificial organs and bionic limbs, scientists have now developed the world’s first 3D bionic eye, promising better vision than real.

Robotics technology, which gradually increases its influence on the world, has made bionic limbs part of real life, which we have seen only in science fiction movies in the past. The distance covered in genetics, biofabrication, biophysics and technology is actually preparing us for a bionic future.

We have previously witnessed bionic limbs that are very similar to the realities of limbs such as hands, arms and legs. We will have readers who remember; We have recently shared with you that scientists from the University of Pittsburgh in the USA have managed to create miniature human livers from skin cells.

Since the human eye is an incredibly complex structure, reverse engineering is a rather difficult organ. In contrast, according to the study published in the popular science journal Nature, researchers have developed the world’s first three-dimensional artificial eye with the potential to see better than reality.

Bionic eyes can be a new hope for people who have lost their eyesight or people who are congenitally visually impaired. Some companies, such as Bionic Vision Australia and Second Sight, are already developing highly developed bionic eyes to be implanted in patients.

Artificial eyes on the market work with glasses with a camera in the center. The data obtained here is processed by a small unit attached to the body and then sent to the implant on the retina of the user. These signals are then transmitted to the visual centers of the brain. Visually impaired people who experience the technology in question say that they have gained certain levels of vision. However, research shows that this kind of bionic eyes can produce streaked images and are too slow to capture fast movements.

The world’s first 3D artificial eye, called the Electrochemical Eye (EC-Eye), developed by scientists at the University of Science and Technology of Hong Kong, was modeled from a real retina with a concave curve rather than using a two-dimensional image sensor like a camera.

This surface is equipped with a series of small light sensors designed to mimic photoreceptors in a human retina. The sensors were then connected to a harness made of liquid metal that served as the optic nerve. Testing the EC-Eye, the team observed that the artificial eye was able to capture images relatively clearly.

Despite the huge improvement over current bionic eye designs, the EC-Eye is still not at the level of a natural human eye, but the team thinks it might change in the future. Scientists say the technology has the potential to outshine even a real eye by using a denser array of sensors and connecting each sensor to a separate nanowire. Of course, there is still a lot of work to be done in the future, but the EC-Eye certainly looks promising.