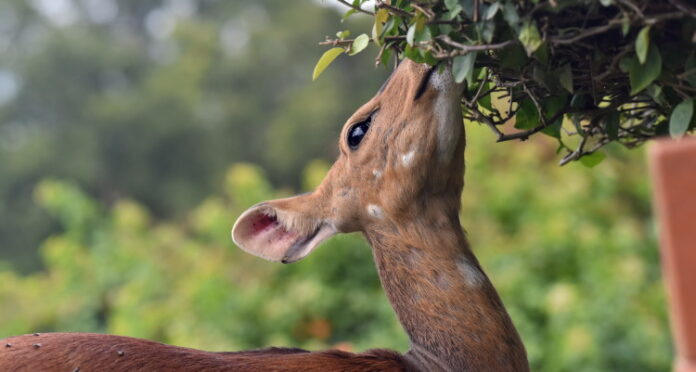 Scientists studying the senses of smell of mice determined how the brains of mammals perceive odors and how they distinguish a smell from thousands of odors.

In a study on mice, researchers from the NYU Grossman School of Medicine in the US managed to generate an electrical signal in the brain’s smell processing center, as if there was no perceived smell in the environment.

Scientists who managed to create an artificial fragrance signal during the study also managed to change the timing and sequence of the signal. In this way, different odors can be detected in mice and they can determine which changes are more important.

Edmund Chong, one of the researchers in the study, said, “Solving how the brain perceives odors is partially complicated. Because, unlike other senses such as vision, we do not yet know the most important aspects of singular odors. ”

In their study of smells, scientists focused on the olfactory center located behind the nose in animals and humans. Previous studies show that molecules in the air due to odors trigger the nasal receptor cells to send electrical signals to nerve-end bundles in the region called glomeruli, and then to brain cells.

It is known that the timing and sequence of glomerular activation is odor-specific. In their study, the researchers identified the signals to the brain cortex, which allowed the animals to perceive an odor after glomerular activation, how it reacts to the odor, and to remember an odor. But studies so far have not been able to fully track a single signature of odor between neuron types, as odors can change over time and mix with others.

School of Medicine. In this way, the brain regions of the mice could be activated by sending light. During the study, mice were presented with a system where they could push a lever and drink water only when they perceive the correct smell. In this way, patterns related to odors in the brains of mice could be revealed.

Using this model, the researchers uncovered changes in mice by changing the timing and mixture of active glomeruli. During the study, they discovered up to 30 percent reductions in the ability of mice to detect and obtain water when they change the scent signal that activates different regions of the glomerulus within the fragrance descriptor set. Changes made to the sets caused up to 5 percent decreases in the perception of correct odor.

Scientists say that the timing of glomerular activations work together like “notes in a melody”. Changes in “notes” cause delays in activation as well as interruptions.

“Now that we have a model to disrupt the timing and order of glomerular activation, we can examine the minimum number and type of receptors needed to define a specific odor in the olfactory region,” said Dmitry Rinberg, one of the researchers involved in the study.