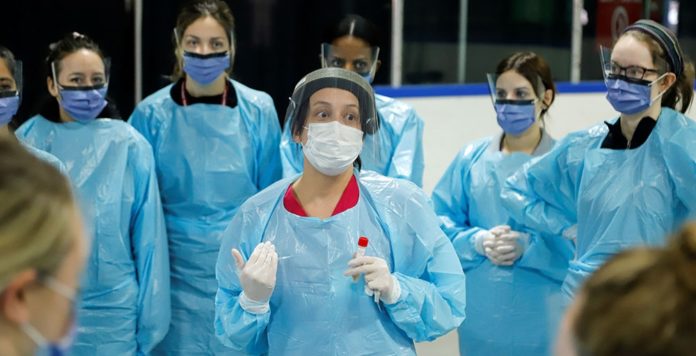 Finding coronavirus treatment will help people who get sick in the short term to recover in a short time. The successful vaccine studies will cry that humanity will not have to go to such a great war with COVID-19 again.

The virus of the current COVID-19 outbreak, called SARS-CoV-2, uses the genetic mechanism of the cell in which it replaces itself. The cell thus produces viral proteins to produce new viruses. Each of these viral proteins works by binding to essential human proteins.

Scientists have therefore identified drugs to protect human proteins to which the virus will bind. At the end of this study, 24 drugs that were used in the treatment of many unrelated diseases such as hypertension and Parkinson’s disease, and which are bound to the proteins targeted by the coronavirus, were detected. There are many medicines in the list of medicines that researchers have found, ranging from a drug used at the beginning level of type 2 diabetes to a drug used in the treatment of schizophrenia.

The list revealed also includes antibiotics used in the treatment of parasites. These drugs block the cellular mechanisms that create proteins, causing the bacteria to die. These drugs block cellular mechanisms, but are also linked to some human proteins. This side effect of their medication can potentially be used in the treatment of coronavirus.

Among the drugs on the list is chloroquine, which is used to treat malaria, which was also pointed out by US President Donald Trump last week. Scientists know that chlorocin binds to a cellular protein called the Sigma-1 receptor. These receptors are also among the proteins to which SARS-CoV-2 binds.

Dr. Anthony Fauci, director of the US National Institute for Allergy and Infectious Diseases, said that Trump’s words that chlorocine will work are only based on what others say. Fauci said tests are needed to see that chlorocine really works in the treatment of coronavirus.

Biologist Nevan Krogan from the University of California warned of the toxic side effects of chlorokine, which targets many cellular proteins. Krogan also said that different levels of data are needed at each level in relation to chloroquine.

PS5: music adapted in real time in games thanks to an...

The thriller Twin Mirror, from the creators of Life is Strange

Bloomberg Analyst: Bitcoin Could Be $ 14K This Year