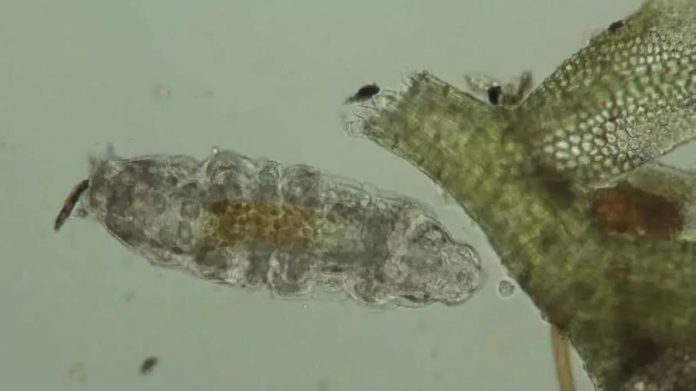 The world’s toughest animal, tardigrams, can survive even in the most challenging conditions. However, a new research by scientists has revealed the weakness of these creatures, also known as water bears.

The Tardigrades are known as the world’s toughest animals. Under difficult conditions, these organisms can reconstruct their bodies and virtually dry them. Tardigrades are resistant to low temperatures, oxygen-free environments, high pressures, cosmic radiation and even boiling. But even these small organisms have weak points.

According to a study, the longer the tardigrams are exposed to high temperatures, the lower their chances of survival. According to the authors of the study, the study provides an understanding of the impact of rising global temperatures caused by anthropogenic climate change on living things on our planet.

Tardigrades do not survive long periods at high temperatures
Tardigrades, microscopic invertebrates, also known as water bears, are among the hardest animals known. There are about 1,300 species and most of them are 0.3 to 0.5 millimeters long. They live in marine and freshwater sediments, algae, algae, leaves and wet environments, from the equator to the poles. They have eight legs and a small, barrel-like body.

To remain active, the tardigrams must be surrounded by a water film. When they need to hibernate, they curl by pulling their head and legs inward and almost dry out completely. They were so durable that they survived five mass extinctions throughout the history of the world.

A 2018 study revealed that Acutuncus antarcticus, a tardigrad species found in an Antarctica, could be at risk of extinction due to climate change. Now another species, Ramazzottius varieornatus, shows a similar weakness. Of course, these species are exceptions, and a 2006 study showed that dried tardigrades could survive half an hour to 151 degrees. The new study reveals that the long exposure of water bears to high temperatures leads to a significant decrease in survival rates.