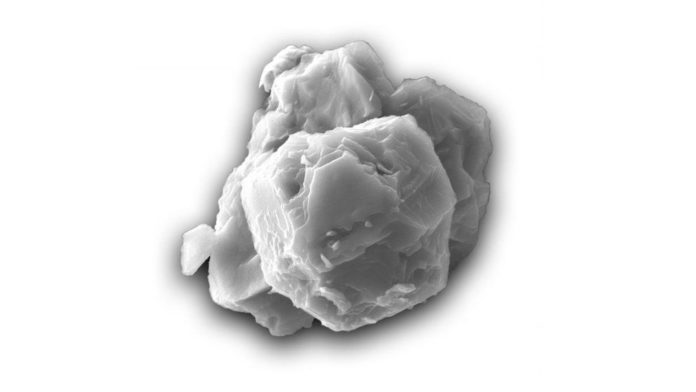 In the 1960s, scientists who analyzed a falling meteorite found 7.5 billion years of star dust in it. With this discovery, scientists discovered the oldest matter on Earth, and discovered that these particles were formed in the stars that existed long before the Solar System was born.

A research team from the US and Switzerland analyzed 40 pre-solar particles found in part of the Murchison meteor that fell to Australia in 1969. The article published in the Proceedings of the National Academy of Sciences was published by Assoc. Dr. Philipp Heck said that the particles on the meteorite are true star dust.

Heck stated that when the stars died, the particles inside him were mixed with new stars, planets, satellites and meteors. He described their research as mak burning hay to find the needle ”. Jennika Greer, co-author of the University of Chicago, said the work began with dusting of meteor fragments.

Electron micrograph of a particle in the meteorite:
Greer said that a paste-like substance emerges after all the pieces have been separated, and that they melt this acid, which he says smells like rotten peanut butter, leaving behind only star dust.

Researchers measured how long they were exposed to cosmic rays in space to determine how old the star dust they found in the meteorite falling into our Earth in 1969 was. These rays are known as high energy particles that pass through our galaxy and penetrate solid matter. Researchers say that some of these rays interact with the material they encounter and create new elements.