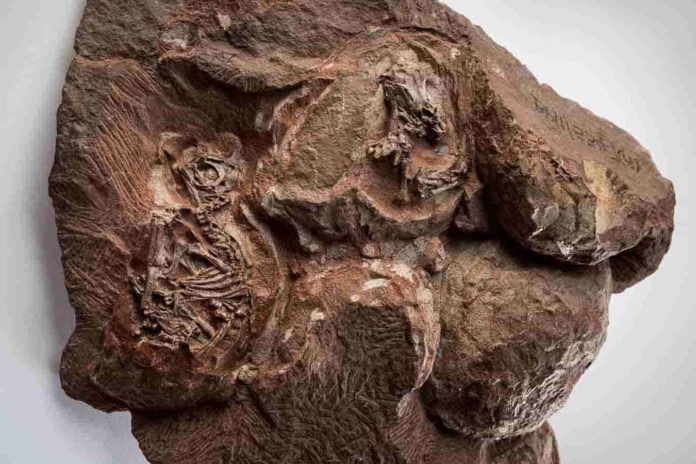 Researchers from the University of Witwatersrand in South Africa used 3D technology to examine the eggs left by the five-meter-long herbivorous dinosaur Massospondylus carinatus that lived in South Africa about 200 million years ago.

Dinosaurs, once the most powerful creatures on the planet, have been destroyed in time due to the changing climate, as a meteorite hit the Earth and caused an explosion of 10 billion atomic bombs. Researchers are finding new evidence almost every day about these majestic creatures that are part of popular culture today.

A group of researchers from the University of Witwatersrand in South Africa studied eggs from the five-meter-long herbivorous dinosaur species Massospondylus carinatus, which lived in South Africa nearly 200 million years ago, in the hope of expanding our perception of dinosaurs.

Researchers say that research on fossils is clogged at some point because the findings are fragile, but thanks to the 3D scanning method they have implemented, they have reached unprecedented details about bone cells.

3D modeling of dinosaur embryo belonging to Massospondylus carinatus species
Examining the skulls using high-power X-rays, the team found that dinosaur embryos with skulls less than 2 cm had two sets of teeth between 0.4 and 0.7mm wide, such as their relatives crocodiles and lizards. The study concluded that the embryonic development pattern did not change in about 200 million years and that dinosaurs developed like reptile relatives in the egg.

Jonah Choiniere, Professor of Witwatersrand University and co-author of the study, commented, “It is truly unbelievable that in the more than 250 million years of reptile evolution, the way the skull developed in the egg remained roughly the same.”

TikTok Became One Of The World’s 100 Most Valuable Brands In...

Twitch Prime Video Watch Parties are open to everyone

Turkish Professor Answered the Question ‘Will Viruses Get infected from Market...