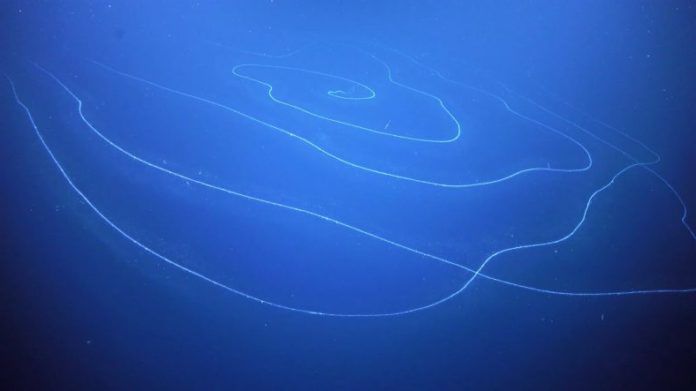 Scientists came across a 120-meter-long sea creature in Ningaloo Canyon in the Indian Ocean. The discovered creature has been described as the longest animal in the world by its huge length.

A giant sea creature that scientists discovered off the coast of Western Australia has been called the longest animal ever discovered. Researchers working on the Schimdt Ocean Institute (SOI) Research Ship found the creature while exploring in a deep-seated vehicle with remote control.

The research team said the organism is in a strange, unknown nutritional position on the Western Australian coast and is much larger than it seems. The so-called ‘sifonofor Apolemia’ seems to be a species associated with jellyfish and corals.

The longest animal in the world is about 120 meters long
Sifonofor, unlike jellyfish, consists of thousands of singular, specialized clones that come together to form a single creature. The predatory underwater colonies of thousands of small clones hunt for various marine animals and fish.

The team states that the outer diameter of the organism, which has a spiral structure inside and out, is 15 meters and its circumference is 50 meters. The total length of the creature is estimated to be about 120 meters. If this prediction is correct, this siphon will be recorded as the largest creature ever.

SOI shared a video of the creature discovered with the following statements: “Check out this beautiful, giant siphonophore Apolemia recorded in Ningaloo Canyon. It seems likely that this creature recorded in a UFO-like feeding stance is the world’s largest creature.”