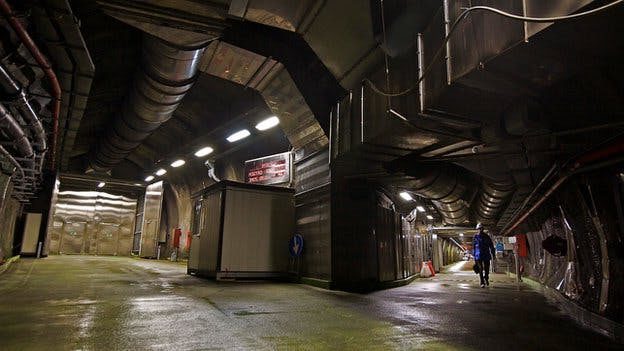 In the new research carried out in Laboratori Nazionali del Gran Sasso, the world’s largest underground research center in Italy, new “ghost particles” from the earth’s crust were discovered. The discovery was made using the Borexino detector, which operates 1,400 meters below ground.

Located under the Gran Sasso mountain in Italy, Laboratori Nazionali del Gran Sasso is known as the largest underground research facility in the world. Here, scientists who continue their mind-opening work on the structure of our planet have discovered new “ghost particles” that come from within the earth’s crust.

These mysterious particles, known as geoneutrinos, are almost impossible to detect because they rarely interact with the substance; however, researchers working in the world’s largest underground lab have discovered twice as many events as before.

Scientists work in an underground lab to detect these particles that hardly interact with the substance
53 new activities detected using the Borexino detector buried 1,400 meters below the ground take place under our feet; however, it can shed more light on processes that remain largely mysterious. Geoneutrinolar is produced during radioactive decay inside the Earth. The Borexino detector, located in Laboratories Nazionali del Gran Sasso, the underground research center in Italy, aims to detect this particle flow.

Scientists have been watching neutrinos since 2007. Last year, researchers detected a new stream of “ghost particles” and made their measurements sharper. “Geoneutrinos are traces of radioactive decays that produce a yet unknown part of the energy that takes place inside the Earth and direct all the dynamics of our planet,” said Livia Ludhova, one of Borexino’s two scientific coordinators.

New data can help scientists understand the mysterious processes taking place in the world beneath our feet. Researchers say that radioactive processes on Earth are responsible for life-changing volcanic eruptions and earthquakes. Scientists hope they can learn more about these mysterious processes by measuring ghost particles more precisely.