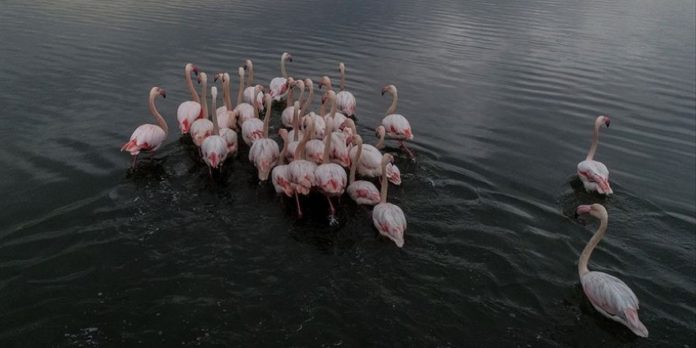 In a study conducted in England, it was observed that flamingos can establish close friendships with each other. According to scientists, flamingos prefer to socialize with each other rather than loneliness.

Birds can fly in perfect harmony with each other, but when it comes to flamingos, the bond between them can be stronger. Researchers have discovered that flamingos can build strong friendships and these ties can last for years.

A team from the University of Exeter in the UK published the results of the 5-year study of flamingos on the friendships of the Behavioural Processes magazine in the June 2020 issue (no error, really June 2020 issue, people are amazed). According to the research, the friendships that were first observed among the flamingos in 2012 were still continuing in 2016.

Flamingos choose to socialize rather than loneliness
“Some couples who make friendships spend most of their time together, but there are many other social ties. In general, we see that male or female couples choose to” hang out “together. Also, the trio spends time together regularly. and we see groups of four. ” said.

The team examined the flocks of four different flamingo species living in the Wildfowl & Wetlands Trust Slimbridge Wetland Center in England. As a result of the study investigating the flamingos in captivity, it was seen that all flamingos chose to socialize rather than loneliness. Flamingos in the largest flock showed the highest occurrence of social behavior.

Scientists suggest that their caregivers give flamingos the opportunity to choose their own friends. Rose also recommended that flamingos moved between zoos should not leave their close friends. Flamingo friendship has another side. Researchers have observed that some birds avoid certain individuals. Just like groupings between people.

From Dead Sharks to Rotten Octopuses: Horror Movie-like Images from an...