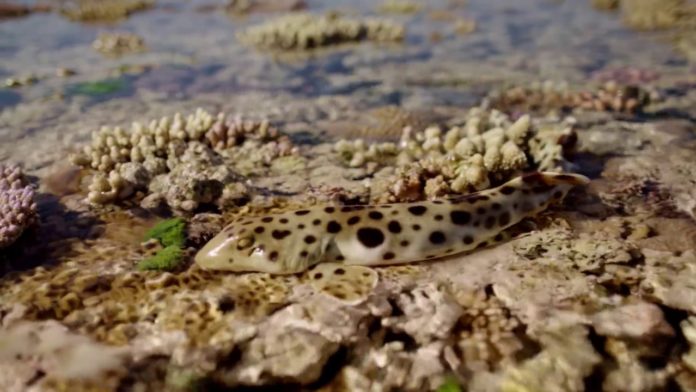 Scientists continue to gain new insight into the ‘walking shark’ species that are quite interesting. Researchers have discovered new species of walking sharks that live in northern Australia and in the shallower parts of New Guinea. A type of shark that has the ability to walk on land may sound scary, but researchers note that walking shark species are quite small and usually eat small fish and invertebrates.

Dr. from Queensland University. Christine Dudgeon notes that the discovered shark species are part of a 12-year study. The aim of this research is to examine the eating habits of walking sharks closely. Dr. Dudgeon said, “Because the fins of walking shark species are very strong, these fish have the ability to walk in shallow water as well as swimming like a normal fish. The fact that they have adapted to very low oxygen levels allows walking sharks to live in shallow waters. Walking sharks are tidal and can continue to stay on the surface when the waters are drawn and can be hunted on a shallow ground, thanks to their powerful fins. ”

The number of walking shark species discovered has increased from four to nine:
Scientists thought that the so-called epaulette shark, along with its four subspecies, was a major member of the walking shark family in the region, but researchers managed to discover nine new separate species of walking sharks after more than a decade. The last walking sharks discovered by the researchers were found to belong to the ‘carpet sharks’ family and lived in an area extending from Western Australia to the southern waters of New Guinea.

Dr. Dungeon continued his explanations as follows; “The genetic data we obtained indicate that the newly discovered walking shark species broke off from the shark populations they originally belonged to and evolved into a new species in a different region.” Scientists increased the number of known walking shark species from four to nine with this last discovery. Dr. Dungeon underlined that many new species are still waiting to be discovered.

Forest submerged for 60 thousand years may be a source of...