Home Science Scientists create artificial eye that can be powered by sunlight and serve... 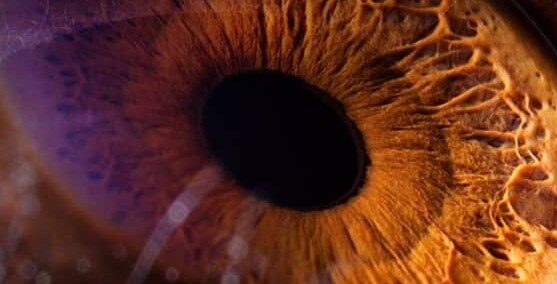 The professor of electronic and computer engineering at the University of Science and Technology of Hong Kong, Zhiyong Fan, and his colleagues developed a spherical visual sensor that mimics the structure of a human eye. The creation – which is able to feed on the energy of sunlight – could eventually be used as a visual resource for people who cannot see.

Like a true human eye, the artificial organ created by scientists has a lens to focus light and a hemispheric retina, a region located at the back of the eye where photosensitive cells generate electrical impulses that are sent to the brain.

The artificial eye is 2 centimeters in diameter, which is approximately the same size as an adult eye, and its interior is filled with a conductive fluid, which would be an imitation of the vitreous humor, a light colored gel that fills the inside of the eye. human.

The retina created by scientists is made of porous aluminum oxide filled with compacted nanowires, which are sensitive to light and are made from a compound called perovskite, which is commonly used in solar cells. These wires act similarly to nerve cells in a human eye, transmitting electrical signals when activated by light.

To test the recognition ability of the invention, the team projected images of letters on artificial lenses and a computer that was connected to the eye successfully recognized the letters E, I and Y. The team clarified that, in theory, it could be connected to a optic nerve to do the same, to test whether the device was medically safe.

The current version of the created eye requires an external power source, but the team plans to make it self-sufficient in the future. “Each nanowire can function as a small solar cell. In that case, we don’t need external power, ”explained Fan.

Another limitation is the low image resolution of the eye compared to commercial sensors, such as smartphones, but on the other hand, existing visual prosthetic devices use a flat object for image detection, which does not conform to the spherical shape of the human eye, says Fan. As a result, this limits the possible field of view compared to the human eye, which normally has a field of view of around 150 degrees.

7 Activities That Can Be Done On NASA During Quarantine Days