Home Science Scientists Can Produce Snake Venoms That Can Be Used In Medicine In... 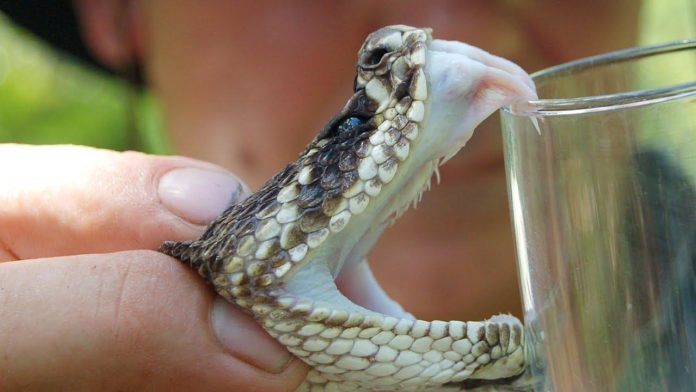 Scientists aim to create poison cells in a controlled environment in order to make it easier and more effective than “milking” snakes by hand. Poison pouches that can be used for medical purposes were created from the cells produced for this purpose.

Throughout a significant part of history, people used the snake venom for healing, and even transmitted it to symbols from time to time. Over time, scientists preferred to produce poisons in a laboratory environment instead of trying to get poison from snakes. Studies carried out for this purpose bear fruit.

One of the researchers, Hans Clevers, a member of Utrecht University in the Netherlands, says that cell stacks up to 1 millimeter in length are both a source for obtaining snake venom and can be used to turn snake venom into biomedical components.

The process of obtaining an antidote will be easier
Clevers and his team work with venom cell samples from snake eggs or domesticated snakes. All snake antidotes produced so far are made with samples of venom from snakes under surveillance. Later, this poison is injected into horses at low doses and antibodies produced by horses are obtained and antidote is produced.

Thanks to the production of snake venom in laboratories, snake farming will not be required. In the currently used methods, only a few varieties of snakes can be kept on farms. On the other hand, some 600 snake species are estimated to be poisonous. So we don’t have a lot of antidote types.

Long-term use of animals in disease research will cease
If the study proceeds in the desired way, health studies using animals in the long term will also be prevented. Immune cells can be produced directly in petri dishes.

Studies using snakes poison pouches can lead to the emergence of new drugs. Some of the drugs currently available are built on the components found in the snake venom. Especially in blood pressure medications, compounds from the poison of the Brazilian pit viper are used.

There are about 20 biologically active ingredients in the poison of any species. These poisons work by changing the heart rhythm, affecting the nervous system, or paralyzing the muscles. Clevers notes that they aim to create a large biological bank using poison pouches from different species.