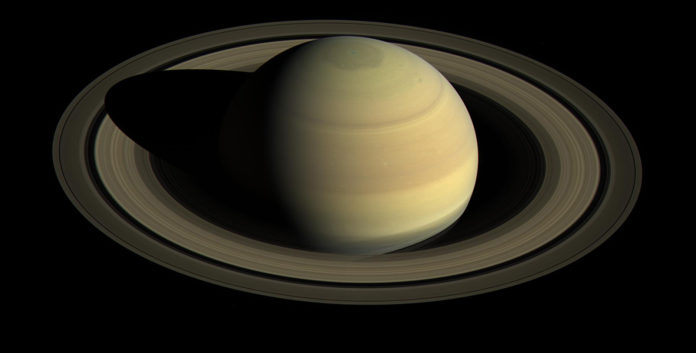 James O’Donoghue, a scientist who previously worked at NASA, noted Saturn emojis on some operating systems with his social media platforms. O’Donoghue’s list includes giants like Twitter, WhatsApp and Google.

Perhaps the characters we use most frequently in the messaging programs appear as emojis. So did you wonder how close these emojis are to reality? James O’Donoghue, a scientist at a former NASA and now working at JAXA; He gave notes to Saturn emojis in social media platforms, messaging apps and operating systems.

Comparing the similarity of Saturn emojis on WhatsApp, Apple, Facebook, Google, Microsoft and Twitter to true Saturn from his Twitter account, O’Donoghue ignores the fact that there can be a ring on other planets, even the Sun, assuming that emojis represent Saturn. output. So who took the first place in James O’Donoghue’s list? Here is the realism ranking of Saturn emojis:

1. WhatsApp:
“The banded structure of Saturn looks great, the distortion in colors can be forgiven. The 3 main parts of the rings (A, B, C) are beautifully shown. Pleasantly shaded, perfect if the gap! The slope should be 26.7 degrees, exactly 26.7 degrees It was measured !! ”

2. Apple:
“Saturn’s gold-crowned gold-selling shadows have been done well by capturing the shadows, this definitely shows the famous polar hexagon. The general winner of the atmosphere! If it is on the rings, the good job has been done, including the Cassini region (cavity), but it’s a bit wide. The slope is 45 degrees instead of 26.7 degrees. ”

3. Facebook:
“The atmosphere is not bad, maybe a little too colorful; the strips are reasonable. There is no polar hexagon. The rings have the Cassini region (cavity) but this time is a bit narrow. Although the extra space is nice, the rings are very close to Saturn. The slope is not 26.7 degrees, 22 degree, very close! ”

4. Microsoft:
“This is a simple Saturn, but its belted structure has been shown at least regularly. The colors are disturbing. There is no space in the peoples, not wide enough, no detail. At least it showed the ring structure of Google. The slope is 25 degrees, compared to 26.7 good.”

5. Twitter:
“The most disturbing … Where is the northern band going to the top left? It should have remained in its own lane (latitude)! It looks as if the planet had emerged from the peoples! Rings – What dare this should show symmetry! The slope should be 25 degrees, 26.7 degrees, very good.”